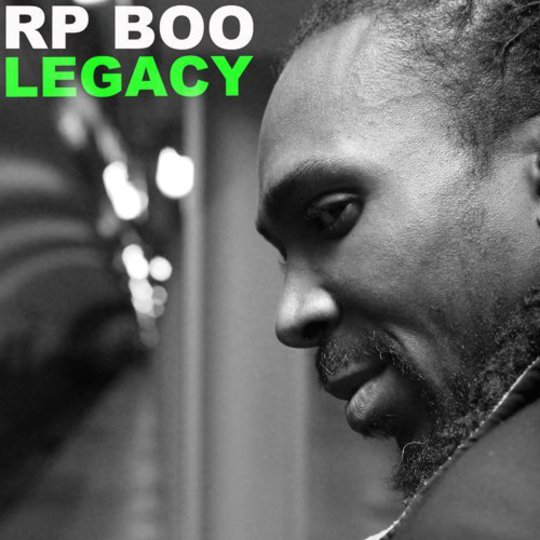 There’s a school of thought that says the album – the ‘artist album’, that is – is more or less irrelevant to dance music, and that people who consume their chosen club sounds via this medium are point-missing rubes. As with many of these pointedly purist statements, the logic behind it is valid, but in practise it falls down. Not everyone has the time or money to buy endless two-track 12-inches at eight quid or more a pop, compared to a full album on CD for a tenner. Similarly, finances and lifestyle and geography prohibit many from going to clubs and hearing the stuff in the environment for which it was created.

Perhaps the most robust argument in favour of the dance album, though, is releases like Legacy, the debut by Chicago footwork progenitor RP Boo. Despite being a producer of note since the late Nineties, his actual catalogue is awfully sparse; as with those who’ve preceded him in Planet Mu’s procession of footwork releases since late 2010 (DJs Nate, Roc, Diamond and Traxman), it seems likely he would never have made an album if the UK label hadn’t cajoled him into doing so. A producer with an extraordinary magpie-like and disassociative approach to track-making, it would be a grave injustice to deny the wider world a sample of it.

If you’ve already dipped a toe or five into footwork, you might know Boo – real name Kavain Space – from his influential Dude Off 59th Street mixtape (2007), about two-thirds of which is his own tracks and which combines committed dancefloor sensibilities with his own draggy, jarring stack-up of breakbeats and samples. More recently, his contributions to Bangs & Works, Mu’s first footwork compilation, included the incredibly fucked up ‘Eraser’, which is in no way ‘dance music’ and an amazing pre-emptive strike against any spod who might misguidedly try and place this music in a noise or avant-garde context. Legacy collects about a decade of Boo recordings under one roof, although there’s no obvious arc of progression here – he’s consistently out on a limb, and with very few exceptions (‘There U Go Boi’, ultra-pitched-up and relatively linear ghetto house), this shit could only have come from his brain.

In the main, Boo likes his samples to be dramatic or arresting, his beats stuttering and syncopated, and his lyrics delivered deadpan. By his own account, he only started recording vocals himself because he couldn’t find anyone else to do the job, but over time it’s become yet another way in which he stands out in a bustling field. “Keepin’ it real ... I’ll see the smoke comin’” repeats ‘Steamidity’, Legacy’s opening track, over billowing classical strings and woodpecker beats. ‘Battle In The Jungle’s title is solemnly intoned, a sore sonic thumb amongst Tarzan and Full Metal Jacket samples, plus a climactic production that seems to nod to his own Pharoahe Monch-utilising classic, ‘Godzilla’. That it works brilliantly defies most available logic. “Sounds – that’s what the speakers are for,” notes the brisk drums-and-little-else ‘Speakers R-4 (Sounds)’, in the way you might if visiting a hi-fi shop with a toddler.

Although his background as a DJ is in house, RP Boo’s slice’n’dice attitude to reappropriation suggests a hip-hop mentality. As well as the aforementioned, Legacy turns Phil Collins, Queen and Aaliyah’s ‘Try Again’ into foundation bricks (on ‘Area 72’, ‘Havoc Devastation’ and ‘The Opponent’ respectively). ‘Invisibu Boogie!’ meticulously layers second-long fragments of turntablism, hundred-hand-slap kickdrums and Boo’s voice, plus those of unidentified sampled men and women. There are myriad bluesy wails, funky wah-wah and hot jazz parping that would have been right at home (and may well have been used) on any number of late-eighties rap records – compared to younger footwork bucks, like DJ Nate and his Evanescence evisceration, Boo appears to be a man of refined tastes. In interviews, he tends to come across as sage and equivocal, which does stand out somewhat in a scene with more than a few authentic ruffians and rival factions.

There’s no easily applied yardstick that renders the music on Legacy more ‘mature’ than any other footwork full-length to date, though. It’s just the result of a very singular vision, one which has influenced pretty much everyone else in the genre’s sphere – up to and including Planet Mu boss Mike Paradinas himself, on the new µ-Ziq album. And yet no-one manages to sound half as smoked-out, disorientating or psychedelic as RP Boo. For once, I have some sympathy with the sceptical comment box bores who react to hearing this stuff by going 'people dance to this? Really?'