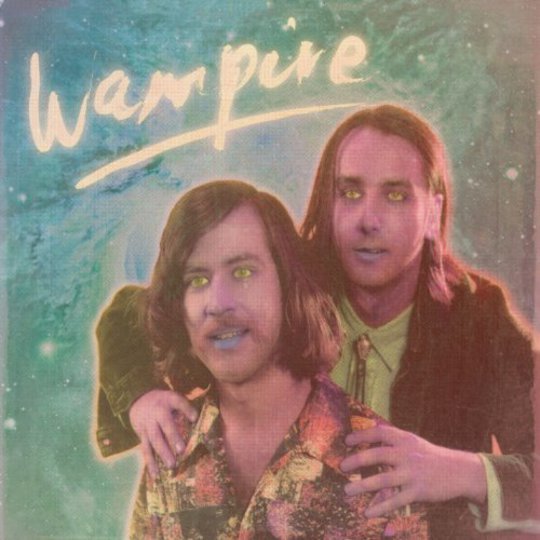 Judging by Portland duo Wampire’s cover art and music, they appear to live in an alternate Eighties universe. There are no grim realities: no Thatcherism or Reaganomics, no Chernobyl- just soft focus photography, MTV and big hair; a lifestyle perpetually based on and within a John Hughes film. In a similar way to fellow nostalgists Summer Camp, Wampire take the innocence and mischief of an idealised American suburb and imbibe it into their music; the cliches, the knowing lo-fi amateurism and the dual teenage experience of joy and heartbreak are very much present on Curiosity, but, as the album title suggests, Wampire also keep the listener guessing.

No longer favouring the drum machine of their early house party years, Curiosity sees Wampire with a full band, adding power and impact to the songs and emphasising their strength and complexity. The frequent comparisons to Ariel Pink are not unfounded, nor are they particularly relevant - the two acts share their self-conscious lo-fi sensibilities, certainly, but this manifests itself in different ways: Wampire’s songs are bolstered by fuzz and feedback whereas Ariel Pink’s are often dominated by them, making them ramshackle to the point of derelict. As such, Curiosity is a surprisingly solid, professional affair, the haziness of the production aiding and abetting some excellent songwriting.

‘The Hearse’ gets the ball rolling with spectacular style, starting with a ‘Trans-Europe Express’-style synth motif before breaking into an insistent, carefree stomp-along of a track. There are many riffs played throughout this track- be they organ, guitar or other- and Wampire manage to fit them in seamlessly; their firm grasp of structure and songcraft coming to the forefront before the record has even passed its first four minutes. Similarly, ‘Giants’ combines many different components to create a track that, while varied, somehow remains concise and straightforward, making the transition from a sinister opening organ riff to a verse and chorus that are pure pop with ease.

But there is a certain hyperactivity here that becomes tiresome. Wampire’s constant shifting of mood, although generally successful and interesting, become almost predictable in its unpredictability - there are occasions when consistency would be more appropriate. As such, some tracks can be frustrating; moving on before the song really needs to.

But there are only a few instances of this and generally Curiosity is excellent - albeit somewhat jittery and sporadic. Wherever there are moments of Structural Hyperactivity Disorder, there are many more instances of gratifying, astute songcraft. There is nothing here that is particularly new, but when it comes to the many, many contemporary bands who take their influence- either musically or aesthetically- from the eighties, Wampire are at the top of the pile.