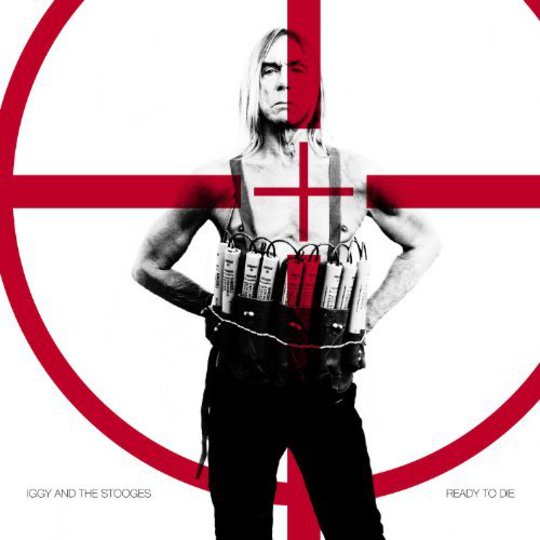 Iggy & The Stooges don't have a history of going quietly into the night. After all, their original incarnation self-destructed in a blaze of heroin and recrimination, with 30 years passing before its members occupied a stage as The Stooges again.

Many thought the band's reunion would then be curtailed by the untimely death of Stooges founding member Ron Asheton in 2009. However, while 'The Stooges' may have died with Asheton, the re-recruitment of second guitarist James Williamson following means that 'Iggy & The Stooges' continue to stomp their way through live venues throughout the world.

The presence of Williamson also meant that, 40 years on from the release of Raw Power, there was an opportunity to make a follow-up to that highly influential album. And that's exactly what Iggy & The Stooges did. Ready to Die is openly billed as the long-delayed sequel to Raw Power, with the clear hope that it will erase the memories of 2007's universally-panned Stooges album The Weirdness.

Does it succeed? Yes and no. Ready to Die can't hold a candle to Raw Power's fuzzed-out, Bowie-led production, but it is a fine rock album in its own right. The first four songs alone form a high-adrenaline barrage that's on par with the band's Seventies output - especially the insouciant horns of 'Sex and Money'. Meanwhile, the second half of the album sees a more diverse range emerge, with punk anthems interspersed with more reflective acoustic numbers.

Throughout, there's a preoccupation with aging - characterised by a lyrics that constantly leap from juvenile to sepulchral. The arrogant sneer of 'Job' (sample lyrics: "I don't give a shit about my co-workers/I think they're a bunch of stupid cockjerkers" and the fantastically infantile 'DDs' , in which Pop extols his love of massive knockers, exude youthful naiveté and euphoria.

At the other end of the spectrum are songs like 'Unfriendly World', which sees Pop adopt a portentous grandfather-esque character, and closer 'The Departed'. Clearly a memento mori for Ron Asheton, this tale of party-gone-wrong brings regret front and centre. "Where is the life we started?" wails Pop, and for a second he sounds like he feels every one one of his 66 years. For a change, he doesn't have the last word either, instead leaving the final coda to the chords of the main riff to 'I Wanna Be Your Dog', slowly picked out to a quasi-military drumbeat.

Ready to Die isn't the missing sequel to Raw Power, but it is a masterclass in writing a big, dumb punk album with occasional touches of emotional depth. If, as the name suggests, this is the last hurrah of Iggy and the Stooges, then there are worse notes on which to go out. But, with 50 years since their inception fast approaching, I very much doubt whether the band are prepared to go quietly into the night just yet.