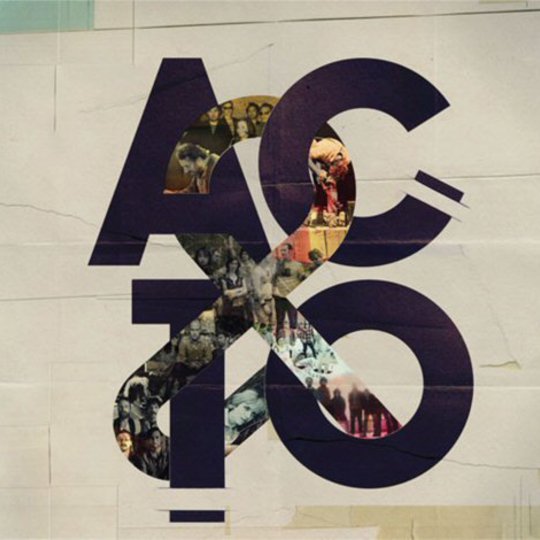 Toronto, 2002. Something is happening in low-rent basements and low-cover music venues. A densely talented community which will later make up the roster of the Arts & Crafts label spends its days stoking various projects and pulling together pick-and-mix shows at Ted’s Wrecking Yard. Many shows featuring the central collective - recently christened Broken Social Scene - are promoted via invites found in 'Open Me' envelopes left lying around conspicuously in hip city hangouts. Infamously a music industry playground, Toronto in general is viewed with suspicion by the rest of Canada, which harbours a sort of envy spiked with self-righteous resentment towards the musical capital, its history dominated by inadequate major labels and broken major label promises.

On the whole, feelings within the city aren’t much brighter. Most BSS band members, wary of the Toronto indie scene’s late-Nineties deforestation, are more interested in spending their evenings in studio-fitted basements than devoting time and resources to signing with a major that won’t know how to market them outside Canada anyway. The burgeoning scene brings optimism of its own, however, and inspired by their ecstasy-comedown music of choice - Tortoise, The Sea and Cake, Four Tet - Broken Social Scene set their movement into motion.

Arts & Crafts initially materialises for two reasons: a) to support a wider release of Broken Social Scene’s breakthrough LP You Forgot It In People, which has sold out its initial run of one thousand, and b) to provide a spiritual home for the band’s myriad offshoots. Bearing in mind the uniformity of talent within said offshoots, this keeps everyone fairly busy - of the Toronto clan, only Metric choose to sign elsewhere.

Activity ensues. As an album called Funeral starts pulling tricks for critics behind the bike shed, bands like Stars, Metric and the nascent Broken Social Scene spark international curiosity. Arts & Crafts, the former spiritual home, becomes a fully-functioning business, synergising the talents of Jeffrey Remedios, who recently quit as Virgin’s director of national publicity, and prolific socialite Kevin Drew, who co-founded BSS with hHead’s Brendan Canning. (At this point, Canning himself is buoyed by a $3000 royalty for his part in writing Len’s ’Steal my Sunshine’). Half a decade after Godspeed You! Black Emperor and their trailblazing Constellation Records label kickstarted the wave of goodwill towards Canadian music, Arts & Crafts appear to be cresting it.

Whereas some would hesitate before signing over their band to a commune of high school pals, the couple of dozen friends making up the BSS circle - most of whom met at the Etobicoke School of Arts - give the pledge without second thought. (It says something that, even as her popularity rocketed, Leslie Feist handed full control of Canadian business to A&C - who responded by dramatically outperforming the singer’s European major label on 2004’s platinum-selling Let It Die.)

It’s these core players that comprise most of this compilation’s first disc. Well-represented are contemporary emo-tinted electro-folkists Stars, Andrew Whiteman’s Apostle of Hustle and Broken Social Scene themselves. The above display bursts of the scene’s defining sense of sonic adventure. ‘Deathcock’ offers insight into BSS’s first collaboration with Dave Newfield, who later divided the band over his crazy-minded production of 2006’s Broken Social Scene. But perhaps the quintessential Arts & Crafts recording is Feist’s ‘Mushaboom’ - a sparsely decorated melody neatly balanced against quietly aspirational lyrics, vocals evoking a lurching tightrope walker in ballet shoes.

What the tracklisting lacks in out-and-out classics, it makes up for in versatility. When Amy Millan’s woebegone ‘Skinny Boy’ threatens to cry all over the party, the Most Serene Republic hoist things skyward: the label’s first non-BSS-derived signees deliver the ecstatic sound of the Postal Service headlining a Dan Deacon house bash. Jason Collett’s yappy-happy folk stomp ‘I’ll Bring the Sun’ follows, and before the disc’s up come the resplendent tones of Feist’s ‘I Feel It All’, ‘You! Me! Dancing!’ by Los Campesinos! and Broken Social Scene’s ‘Lover’s Spit’.

Thus the label’s imperial phase is chronicled. Alas, success, as success is wont to do, precipitated a downfall - at least for flagship band Broken Social Scene, who began to splinter in 2007. But if the initial spark went out, its absence was subsumed by greater light elsewhere - take the ubiquity of Feist’s The Reminder, whose lead track ‘1234’ was co-written with fellow A&C artist Sally Seltmann.

Following the apparent BSS burnout, Arts & Crafts signed The Constantines, Chilly Gonzalez, The Stills and Zeus - none of whom were totally incongruous to or disconnected from the collective, but only Gonzalez in hindsight seems a necessary addition to the A&C canon. There’s some inevitable long-album malaise in this contingent (particularly prominent on the second disc of rarities), and while pathological showoff Gonzales beats out some reliably impressive solo piano on ‘Tarantelle’, you feel a definite skip-track tendency in certain regions.

What redeems is that none of these signings reek of opportunism. While BSS ensured their legend’s longevity by fading from the spotlight at the peak of their powers (besides a short-lived return for 2010’s Forgiveness Rock Record), the matter of Arts & Crafts’ integrity is admittedly less clearcut, but the label clearly has its bearings, showing the foresight to sign Montreal’s most promising folk songwriter in years: Timber Timbre is here represented by ‘Demon Host’, a sonorous candlelit ballad that’s delicately swept up in a spectral waltz. Elsewhere however quality falters with more recent signings, ranging from a middling Cold Specks to the devil’s-best-mate Dan Mangan. The former fills an impressive pair of pipes with so much hot air, while the latter, despite appearing by all accounts to be a decent chap, makes music that’s obnoxiously anthemic and catchy as a hashtag.

Undoubtedly both of these scream ludicrous profitability potential, and it’s telling that you wind up feeling a sort of pride for A&C, rather than resentment. Perhaps the label, then, has offset Toronto’s reputation as a major-label quagmire once and for all. This in mind, the Dan Mangans and Cold Specks and occasional dalliances with serviceable twee-folk just feel like part of a story too big to bottle: this label was always broken, but ultimately you get the impression any attempt to fix it would be perverse.