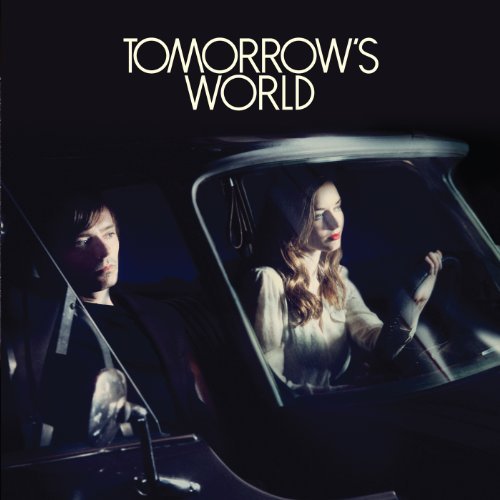 Tomorrow's World make emotional, Radio 2-ready electronic pop with enough letting go of the handrail to remind you they’re onto something original.»

by now you may have heard 'so long my love' by tomorrow's world, a noirish cut of suicide-meets-shangri-la's pop that's smooth to the touch but scored with darker intent. released at the beginning of december, it's the perfect introduction to this new duo, a joint venture between london-based singer and musician, lou hayter and jean-benoit dunckel of the french band air. an album of their cinematic love songs - informed by the likes of factory floor, angelo badalamenti and lil louis is released through parisian imprint naive records. stalking the hinterland of ballardian, industrial electronics and soulful pop, their lovestruck songs 'think of me', 'you taste sweeter', 'life on earth' and 'inside', pit lou's vulnerability against jean-benoit's turbulent electronics.
description from www.roughtrade.com