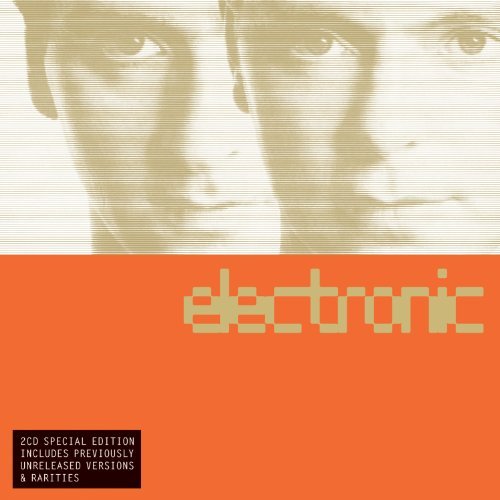 Vague, passable dance tracks that you’re only aware are on in the background because of the gnawing sensation that daylight saving went mental and set the clocks back 20 years.»

an expanded 2 disc edition of sumner and marr's 1991 debut as electronic. 'electronic' sounds a little more like new order than the smiths. the three singles from the album remain the highlights: 'get the message,' 'feel every beat' and 'getting away with it' featuring neil tennant of the pet shop boys. the project has been described as a joyous venn diagram of sumner and marr's influences. although ostensibly coming from different disciplines, the experimental dance pop of new order and the full-bodied jangle of the smiths, their common interests were many: dance music, a good tune and pushing musical boundaries. the release includes 8 previously unreleased tracks including alternate versions, edits and instrumentals.
description from www.roughtrade.com