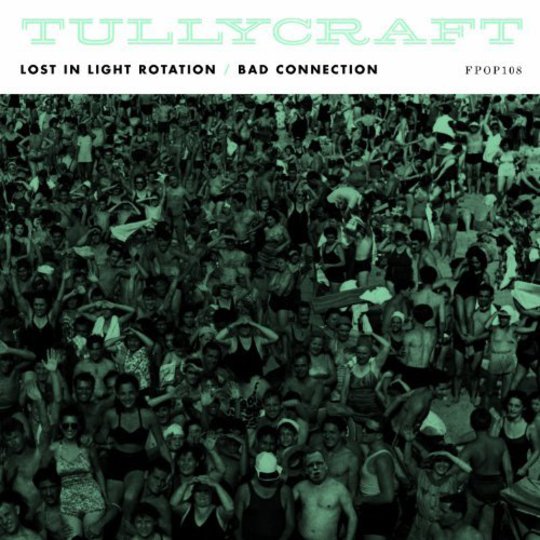 Back in the mid Nineties, Tullycraft helped inaugurate a small revolution in American indie. Hailed as one of the progenitors of twee – a peculiar brand of guitar music defining itself against the machismo of rock’n’roll, with fey vocals, jangly guitars and lo-fi recording – they were lauded almost as much for their DIY, anti-corporate approach as their sparkly, cutesy songcraft.

In their wake came a deluge of ethically and stylistically similar bands, as well as fanzines, clubnights, popfests, websites – in short, a whole subculture. But while many of the twee bands that have existed since have justified the genre’s existence with memorable, cult-classic records, too often they have also earned accusations that theirs is an inward-looking world, indulgently self-referential, even snobbishly self-contained. In some ways indie music has decisively moved on, while twee/indiepop bands, self-appointed keepers of the flame, remain unwilling or unable to move beyond the boundaries of their genre.

Against this backdrop, Tullycraft return with their sixth album – their first since 2007’s Every Scene Needs A Center. The comeback of the Seattle quintet is a delightful surprise after the considerable hiatus, but there is a risk, almost a decade since their formation, that by now their brand of do-it-yourself guitar pop has become entirely irrelevant, perhaps even confirming twee and indiepop as tired anachronisms.

You wouldn’t expect – or even want – Tullycraft to step outside the boundaries of a sound they partly own – why should they? – and inevitably Lost In Light Rotation is a collection of lively, bouncy indiepop tunes, and not at all adventurous. Somehow, though, they don’t sound irrelevant, despite the ways in which indie has moved on and evolved away from indiepop. The fact is that, with their trademark hints of girl-group, punk and Sixties guitar bands like The Kinks, Tullycraft manage to sound timeless.

While Tullycraft did prod the boundaries a little with Disenchanted Hearts Unite, which administered light doses of synth-pop and electro, Lost In Light Rotation finds the band instead attempting to hone their craft to perfection. That they do. These are very well-made pop songs from an assiduous songwriter, and some of them, like the rushing title track, or the closer, 'Anacorters', are practically flawless. There’re impeccable lead riffs, rousing climaxes, and then the vocals: the harmonies between Sean Tollefson and Jenny Mears are wonderfully balanced, deployed generously and with confidence. Their interplay is crucial to the album’s success. For example, when Mears takes the lead vocal for the second verse of highlight ‘Elks Lodge Riot’, it’s just lovely, and when she and Tollefson are reunited for the chorus, it makes the song.

Some of the ‘seen-it-all’ scenester themes are nagging, like the mention of "fake DIY traps", references to homemade t-shirts, and the plot of ‘No Tic All Tac’ (it’s about some forgotten band who "never played a single show outside of Glasgow Green"). But in general, the reflections are quietly affecting. "A polished slogan reads that punk love is finally lost," Tollefson sings on ‘Westchester Turnabouts’, while his being "stuck on the day you left – t-t-too much to say" is first-world tragic. ‘Dig Up The Graves’ faces the fact of not being trouble-free kids anymore: ’A dozen things that you never told me…the days, the weeks, the months, they follow you home’. Despite the bright shiny pop-sheen, much of Lost In Light Rotation is sad and regretful, made all the more poignant by the idea that indiepop’s glory days are past.

While wars, economic crashes, and the Decline of Everything have eaten away at the chirpy optimism that prevailed when they began in the Nineties, Tullycraft remain stubbornly, happily oblivious. Their latest record is a time capsule, a tiny fragment of utopia to be treasured in these ghastly End Times, and when homo sapiens’ automated, inorganic descendants dig through the debris of our era in 10,000 years, maybe they’ll stumble upon Lost In Light Rotation and see that there was one last bastion of hope and sweetness in this, the foul year of our Lord, 2013.