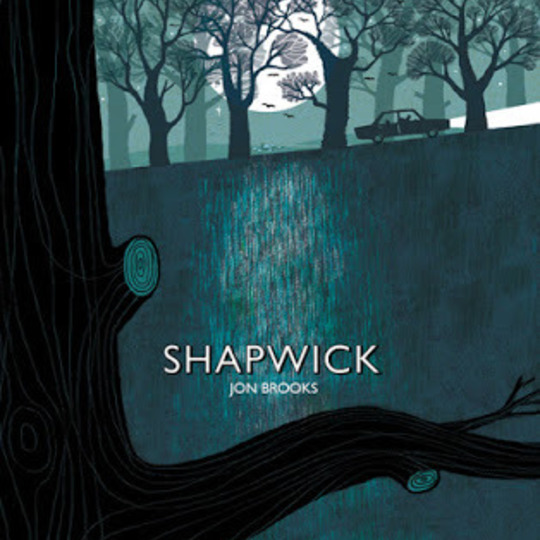 Last year retro soundtrack wizard The Advisory Circle, aka Jon Brooks, took a breather from his native Ghost Box label to release Shapwick: a hand-printed CD of bewitching, original library music. The track titles and samples described a rural hideaway cut from similar cloth to his Advisory Circle output but much more melodic, and much harder to get hold of (the initial run of 110 printed by Clap Pipes was snapped up almost overnight). The imprint are now reissuing Shapwick on a larger order of vinyl - bad news for elitists, good news for anyone who wants to hear those replicated Cold War delights on authentic analogue technology.

Wherever the imaginary town of Shapwick, is you have to navigate a lot of ambience to find it - the elegant melodies Brooks has concocted are shrouded in fuzzy, unnerving mystique. ‘Stranded Work’ emits chirps recorded in an aviary, while ‘Location’ picks up the roar of a motorway and builds it to a screaming hiss. These are tasters, and later Brooks employs full field recordings that go to even quirkier places: ‘Bat Walk’ is a tape of a nature walk whose Karl Pilkington-like host blows raspberries, and ‘…little apple…' hides its analogue synths in a chopped-up answerphone message. Mix in drone horror, manipulated sine waves and twangs and you’ve got white noise so dark it’d confuse the hell out of anyone.

But beyond the strangeness lies an even more rewarding world, one of brief but brilliant lullabies. Unlike the spooky half, these are precisely the kind of tunes you want fizzing in your ears if you’re walking through dark countryside: ‘Winter’s Hamlet’ is a kids’ TV theme played on echoing, blurry piano, while ‘In The Slow Cold Air’ plays with Múm-like music boxes. These moments help take the edge off the creepy tracks, and light numbers like ‘Small Scales, Shrunken Spaces’ use chimes/Theremins/plucked springs to deliver expertly concocted shots of nostalgia. If you liked the music from The BFG animation you’re going to go crazy for this.

And then Brooks brings out the real treasure: his most focused musical compositions yet; think his Advisory Circle LPs cleaned of public information films but beefed up with extra melody. He delivers rich, tuneful vignettes: descending Eighties synths on ‘Please Drive Carefully’, ‘Quiet Movement for a Silent Night’ and its cracked Perfume Genius piano. It balances the shapeless ghosts of Shapwick with rhythmic electronica, and completes Brooks’ vision of a twinkling nightscape that honours the strangest parts of your dreams, including the feeling your teeth are disintegrating and the falling sensation/hypnic jerk.