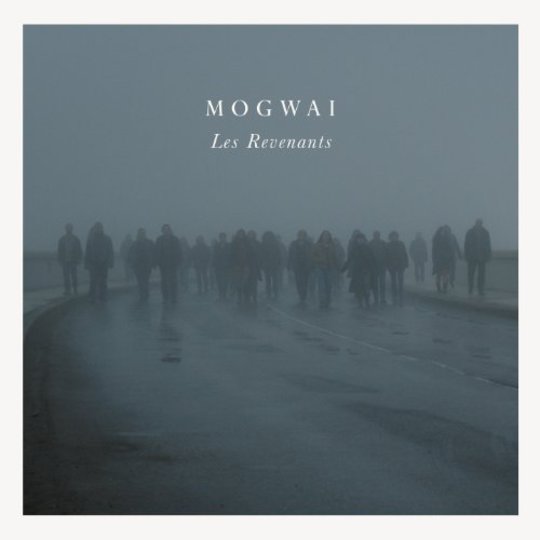 Of all the many post-rock bands whose music has been described as the 'soundtrack to a movie-never-made' how many have truly embraced the challenge of soundtrack work? That’s to say: putting aside your ego and putting yourself in the service of someone else’s narrative and images, in a dynamic interplay of meaning that ideally enhances both…? It’s not hard to see the soundtrack as a catalyst for creativity – a format with endless potential and lowered expectations – but who meets that challenge?

Sigur Ros are second only to Mogwai for appearances on adverts, soundtracks, and UK drama, but their original compositions for film are mostly dull. GY!BE must have wrung their anarcho-syndicalist hands a while before permitting one of their soundtracks-to-the-apocalypse to… soundtrack the apocalypse. Explosions in the Sky re-jigged their most romantic moment for Friday Night Lights, but under-performed on The Rescue. Among soundtrack musicians the same age as Mogwai, the most critically acclaimed may be Johnny Greenwood, but his take on musique concrete adds little to its influences, and provides little enjoyment when taken out of context.

The fact that Les Revenants is a French TV series about zombies instantly suggests Mogwai for the task. Not because they already have form with movies about French footballers, and a fondness for horror-movies on the tourbus (hence The Exorcist-inspired cover of CODY). No: it's because Mogwai made something like 'hauntology' integral to their aesthetic well before it was de rigeur to use Derrida’s term to label anything incorporating degraded or muffled samples, or entire songs that had been distorted until they seem sepia-toned or decayed. Mogwai may not have invented the principle of submerging fragments of found-sound in the mix but they pretty much perfected it. (Byrne & Eno’s My Life in the Bush with Ghosts floated the idea of samples as spirit voices more than thirty years ago, and Mogwai might as easily have been influenced by the hushed nocturnal narratives of Spiderland.)

All of this is why the Zidane soundtrack (2006) was one of their most impressive albums – rather than being for completists only – with its use of distorted crowd-noise to suggest the horrific moment when the thousands of voices merge to become something less than human (or, alarmingly, more).

As it happens, Les Revenants sees Mogwai dispensing with most of the tricks that may have suggested them for the job. The challenge the band have set themselves is to sound like they’re playing a live score in an old-fashioned picture-house, often led by (creeping, trickling) piano lines and the soft yawn of a cello, with a single delayed guitar almost like a flute in the background. There’s a far greater sense of intimacy – but also empty space – than on their last two albums, which were bombastic but slightly sterile. Varying the palette in places, xylophones twinkle starrily, high up in the mix, while basslines writhe like metallic subterranean worms, but conspicuous effects are often held back. It’s not until the tenth track that distorted guitars appear, like a rampart of dark thorn bushes surrounding the stately home implied by the piano-line. Throughout, there are no vocals or samples, and only Track 12 uses a voice-emulating synth line – that stock effect of so much horror – making for a smooth narrative arc from the natural, acoustic, pastoral to the unnatural, processed, and potentially explosive. Not that Mogwai ever let those growling guitars off the chain, and the emotional climax of the album is a rather sweet folk-song ('What Are They Doing in Heaven Today?') that we can imagine as a consoling fantasy for one of the characters, escaped at last, or bleeding to death somewhere, his or mind having snapped.

Compared to other horror soundtracks, this is a daring statement of confidence in the composers’ songwriting. There are no cheap atmospherics; no sudden stabs of violin; no white-noise; very little bass. There are no recordings of watermelons smashed with hammers (as in the extraordinary Berberian Sound Studio). It would be fascinating to have a second disc that mixes clips from the film (uncanny for being only half-intelligible).

Nonetheless, the result is Mogwai’s most vital release in years; a collection of fully realized pieces that could be the closest they’ll ever come to an unplugged greatest hits.