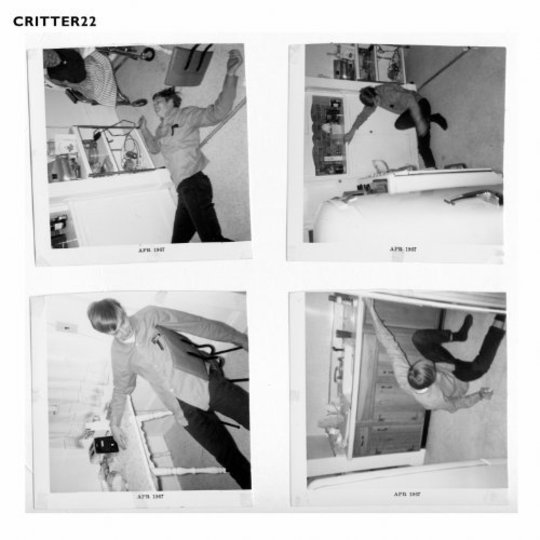 ‘It’s like you’re both interesting and really boring at the same time.’

‘I’ve certainly been told that people find me boring.’

‘The nickname is obviously sarcastic.’

Greg Boring’s Heavy Syrup is an antidote to the “unnerving complacency, momentary excitement, and syndicated relapse” of rock music.

Greg Boring “don’t play with familiarity, they change less, they don’t sing with words and they don’t think about sex.”

‘...Would you like me to quote you some statistics?’

‘Please, I would like to. They, too, are quite sensationally dull.’

(Douglas Adams, Life, the Universe, and Everything)

No. of Greg Boring profiles listed by Facebook at time of writing: 11

No. of Greg Boring profiles listed by LinkedIn at time of writing: 7

Percentage of LinkedIn Greg Borings based in the United States: 100

No. of Greg Boring tribute bands (worldwide, at time of writing): 0

No. of tracks on Greg Boring’s debut album (Heavy Syrup): 7

Asked of the “brown sound”, the Rt Honourable Dean Ween of West Boognishire explained that “brown” means “fucked-up in a good way”. For Ween producer Andrew Weiss, brown sounds are those “glorious mistakes” e.g. the strangled sound of a distortion pedal when its battery is dying.

In a brown wallpapered rehearsal space, Greg Boring play keys not of ebony and ivory but of brown and brown. They tickle the brown-and-browns with fingers encrusted in dusty brown residue. A mousse-y brown ooze leaks out of their keyboards’ speakers, staining the already-brown carpet even browner and filling the air with a stagnant brown pong.

The two-chord plodding of Greg Boring’s ‘Huh’ could be that of a child, engrossed by the instrument and sound s/he has discovered, lacking any socially constructed reverence for adult musical conventions, distracted from the murder of his/her toy-talking-telephone in the next room.

Greg Boring’s ‘Primitive Lotion’ is denser, heavier, brownly psychedelic, sustained by a Krautrock-ish chug. About three-quarters of the way through, the squelching breaks down and fades out. Impassioned and indifferent at the same time, a deadpan voice announces: “Haa. Haa.”

And the squelch kicks back in.

According to the A-Z Guide to Music Journalist Bullshit, synths should not be described as 'squelchy' because every synth doth squelch. That is what they are for, apparently. A nice idea in theory, yet we’re all familiar with the harsh reality expressed so powerfully by George Orwell in his 1945 masterpiece Yamaha Farm:

Mountains’ synths, for example, generally refrain from the squelch. They shimmer optimistically, glisten and gleam like stars in the night’s sky. Greg Boring’s synths, on the other hand, are squelchier than a Yorkshire peat bog in flood season. If your ears were wellies, you could get them stuck in this LP.

Another thick and lengthy synthesiser escapade, Greg Boring’s 7:33-minute ‘Night Moves’ is reminiscent of Nate Young’s post-noise squelch duo Moon Pool & Dead Band. On this occasion it is a male voice (Greg Boring?) that sings the non-song. He, too, is buried enigmatically low in the mix, muttering like a meek drunk, intimidated by the overwhelming squelch.

Their name and manifesto rejecting traditional rockist mores makes it patent that, like David Foster Wallace, Greg Boring are enticed by boredom and yearn to create genuinely boring art. As with Wallace, their talent and artistic spirit have thwarted this aspiration for mundanity.

No. of tracks on Greg Boring’s debut album (Heavy Syrup) that are genuinely boring: 0