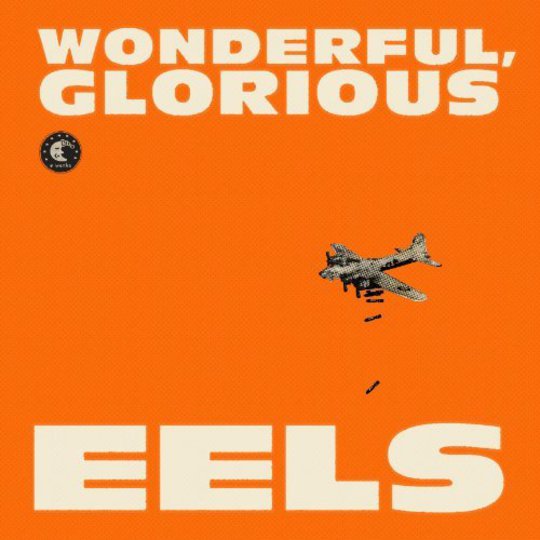 A life marred with tragedy and spattered with genius; Eels’ Mark ‘E’ Everett is not the average musician. He is a man with a certain unhinged creativity and originality - his work dealing so unabashedly with his own experiences that it renders it particularly unique; and even with a documentary, an autobiography and a prolific recording career under his belt, there is seemingly no let up in his soul searching.

Eels’ latest effort, Wonderful, Glorious, features E’s usual abundance of confessionals, his outfit’s backing adding interesting counterpoint to the somewhat grizzled tones of his voice. This time out the music is experimental in parts and more stripped back in others - this is a band very comfortable in both modes. The negativity often present in Eels records is less noticeable here; in fact the record contains many optimistic, if particularly frank and defiant, testimonials. Eels don’t exactly explore new territory here, but they make sure that the landscape is interesting.

Defiance is a key theme on this record - a theme explored immediately on opener ‘Bombs Away’. The track’s shuddering, determined drums kick in and E sings of “tip-toeing” around, being “quiet as a church house mouse” and how he “will be heard”; the song’s refrain of “bombs away” emphasising this intent to be heard with particular abruptness. A similar intent is found on the comparatively calm, lilting ‘On The Ropes’, in which E sings of being “not knocked out” but “on the ropes”. As is often the case with Eels, the frank lyrics don’t always make for an easy listen due to their deeply personal nature; an uneasy feeling of reading someone’s diary is present at points on the record, even if the diary isn’t all doom and gloom.

Some tracks on the album don’t carry the same emotional weight, and this is often a good thing. ‘Stick Together’ is a garagey-blues rock number that wouldn’t feel out of place on the Nuggets compilation, E’s husky voice complimenting the ragged guitar riffs and crashing drums perfectly. Although undoubtedly from a very personal perspective, the lyrics have a more pop-oriented feel, making for a refreshing break from E’s often blunt lines. However, when it comes to Eels’ record, you come to expect a particular degree of autobiography; this aspect is both present and welcome.

Not all of the tracks hit their mark, and this is a far cry from the standard of much of E's earlier material. But it is nonetheless a good record, an album from a man continuing to come to terms with his own life, its enormous hurdles and its frequent trials. E is once again wearing his heart on his sleeve, but this time he’s using it as a shield.