The Road to Ugly 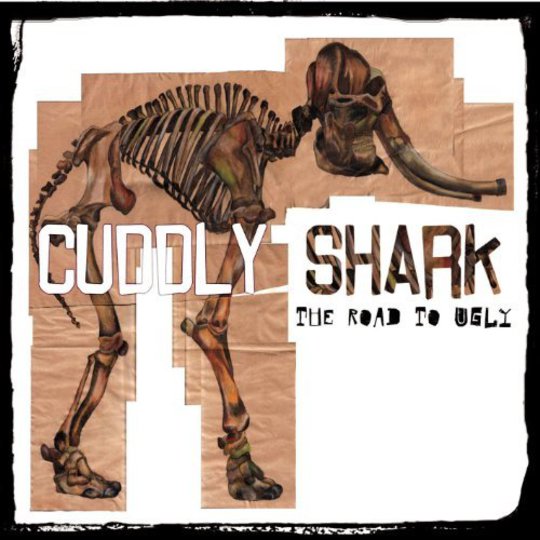 Cuddly Shark really are a bit of what you fancy, if you’re in love with the Nineties. A Glasgow residing three-piece, they’ve found a direct, no-nonsense answer to the ‘difficult second album’ conundrum – to blast out 12 tracks of gimmie-indie-rock anthemia in half an hour, convincingly.

Accordingly, ‘The Road To Ugly’ is a continuation from their self-titled debut. Colin Reid’s vocal underpins the brief, blusterous, tracks with eccentric enthusiasm and a refreshing willingness to yelp. Frank Black’s been cited as an obvious reference point but with the sheer Colin Mochrie ‘Hoe-Down’ delivery of some of the melodies, (‘The Road To Ugly’, ‘Doodlebug’) Les Claypool’s rap-attacks seem to be a happy component of Colin’s style as well.

The songs are strong, direct and brazen. There’s no sheen to the recording. It’s a three-piece, sounds like a live recording in all but the vocals and percussive overlays - and it captures the chugging well. ‘Overpriced’ constantly accelerates and pounds, the chorus simply Reid shouting “Take my advice/You’re never over-priced” over fuzzed out chords. It’s a nice step into the indie disco.

There’s acid humour here too, or maybe merely spite. ‘Broken Arm’ whips through off-kilter country guitar riffs that plateau into despair. With the lyric “You’ve got no clue/You just sit and stare/With your beady eyes/And your pubic hair/That’s somehow on your head”, the singer of the Fratellis leaps to mind... The idea of a Cuddly Shark vs Fratellis fight is appealing, though the Fratellis do look petrifying. Reid’s arsenic tongue might not be enough. Musically though, Cuddly Shark write hooks the Fratellis couldn’t attempt, ‘Fiddly Dee’ is part Delgadoes, part circus theme and as it swings into the cello and bass riff of ‘BMI’ it’s a glorious segway from accomplished arrangement into pretense-free rocking.

Cuddly Shark are clearly happy to set their stall as music for music’s sake. Three music fans playing songs that happily reference their influences and that don’t pretend to be anything else. Whereas some acts may feel a need to justify their influences with the heady parps of faux intellectualism (TOY, cough cough), others (Cuddly Shark) do not. A quick look at the video for ‘BMI’ shows pubs, garages and high streets, not calling cards for David Lachapelle or Chris Cunningham.

The Road To Ugly is a pleasingly frank stomp through the memories of the Nineties indie disco, a realm where Sonic Youth, Primus, Sebadoh, Teenage Fanclub and Pavement parlayed. Admittedly this is a US-centric set of touch points, but when you blast it all out with glee of Reid and co. where it comes from doesn’t matter. All that does matter is that this is finely crafted guitar pop doused in noise and metallic baselines. It gets the feet moving, the mane shaking and feeds plenty of earworms. It’s fantastic.

The History Of Apple Pie