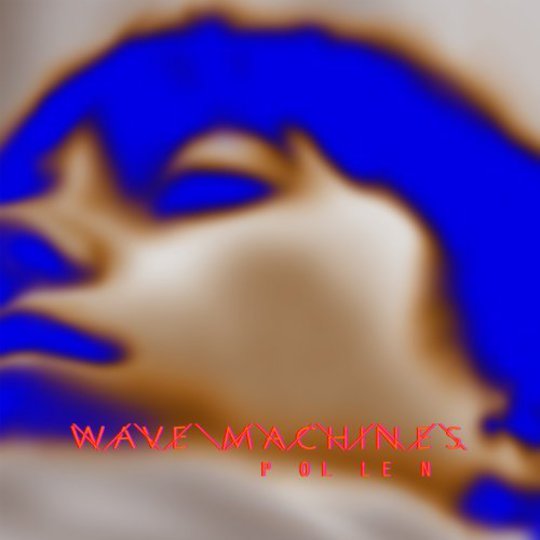 There was a brief moment in the mid-Noughties when, in the wake of sweaty-lad guitar pop, the impending rise of excitable synth-jabbers paved the way for a narrative of new-dawn futurism. A few years later, the weekly music press responsible for said narrative repaid the crushed dreams of its readership - these burned-out, Bowie-needing, La Roux-having teens - by promoting the anti-climactic bliss music of bands like The xx. Tired of macho, rousing, organised 4/4 fun, such bands dared ask? Well here’s something that, in the most deliberate sense, goes about its business in as boring a manner as can be afforded.

Somewhere in the middle sit Wave Machines, occupying the space between Green Man festival and a third-room student club night. You hesitate before writing the four piece off, however, because during their live show, Wave Machines wear masks. No concepts, mind. No costumes or alter-egos. But yeah, just masks. And you can contemplate the significance of identity and disguise in electronic music in this interesting piece over at the Quietus, an activity undoubtedly more enlightening than reading this review, or - depending on your threshold for heavy-atmosphere, light-substance synth-pop - listening to Wave Machines’ second album, Pollen.

But they wear masks, see. Thing is, the necessary emotional and personal investment to justify such behaviour is untraceable. The saddest fact of Pollen is its lyrical vagueness. What blank atrocity, you wonder, hides behind the masks? It’s like a cyber-mirage of Liverpudlian nesting dolls; a nothing wrapped inside an enigma wrapped inside utilitarian lyrics about outsiderdom and loneliness. The song someone decided to title ‘Sitting in a Chair, Blinking’ was perhaps a lost cause, but ‘Blood Will Roll’ is equally lethargic: its overegged ambience is imbued with the deflating air of New Order soundtracking men’s fragrance ads.

There are passages of some inspiration, though these too wither and fade on repeated listens. Buoyant lead song ‘Ill Fit’ makes the familiar mistake of injecting by-numbers, falsetto-littered synth-pop with a crude Garageband funk add-on. It has an etiolated groove that’s presumably what TV on the Radio sound like to people who don’t like TV on the Radio. Meanwhile ‘Counting Birds’, with its spooky whispers of “white shadows”, crowbars in some grandiose, album-opening strings and rattles on like a flat-pack These New Puritans, evincing the kind of twilit pop that belongs pitter-pattering in the speakers of a village library’s teen fantasy section.

Wave Machines aren’t the first alt-mainstream crossover hopefuls to (over-)produce melancholic, technically capable anthems while forgoing much sense of directness or identity. But ultimately what disappoints is the dour inevitably of it all, insert-climax-here tunes wafting and wintry, gliding wistfully in one ear and out the other.