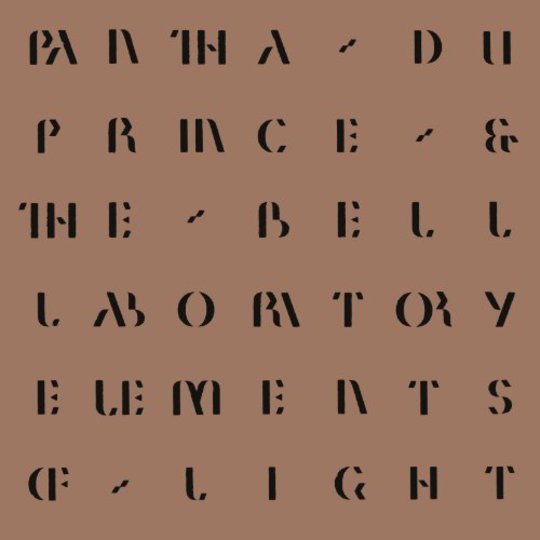 If asked what stylistic element Hendrik Weber - aka Pantha du Prince - should add to his music to take it to the next level, you would be forgiven for not suggesting 'more bells'. Indeed, collaborations or side projects from musicians who have already made their mark (see Four Tet and Steve Reid, Jamie xx and Gil-Scott Heron) lead to an expectation of a sea change of sorts, where prior success allows for a degree of artistic license. Elements of Light however is a steady continuation musically from Black Noise, Weber's critically acclaimed album of two years ago, except with more bells. All this considered, it is remarkable what impact, freshness and magic Elements of Light holds.

Visiting Oslo in the summer of 2010, Weber heard one of the multiple concerts played daily on a bell carillon (a three-tonne instrument comprised of 50 bronze bells) in the city hall. He was inspired and the seeds for Elements of Light were sown. Weber teamed up with Norwegian four-piece percussion group The Bell Laboratory to integrate tubular bells, marimba, xylophone, cymbals, chimes and the aforementioned bell carillon into his woozy melodic minimalism.

To class Elements of Light as an album is a bit of misnomer, as it instead resembles one extended piece of music, the tracks representing stanzas in the 43-minute composition. ‘Wave’ and ‘Quantum’, both approximately four minutes long, each serve as the intro and outro to the piece, whilst ‘Photon’ serves as the bridge between the main focal points of ‘Particle’ and ‘Spectral Split’.

If ever there was a piece of music that required patience, then Elements of Light is it, with ‘Particle’ clocking in at 12 and a half minutes, and ‘Spectral Split’ going even further at 17 and half. In the hands of someone less talented, the sheer amount of time expended building up to the crux of the album could serve as an obstacle to enjoyment and render it cast upon the scrapheap before it really started. However, Weber’s subtle mastery of momentum and energy make the wait not only worthwhile, but eminently enjoyable, and it is in these extended periods where the music grows or subsides that the effectiveness of 'more bells' really comes into its own. The sheer variety of bell tones, from the hypnotic drone of the carillon to the twinkling of the xylophones, anchored around the soft thud of PdP’s trademark brand of minimal techno, serve to grant the music a synesthesic quality, where musical fireworks burst into life and then tumble down amid a flurry of sparks. It is this almost visual aspect that makes the title of the work so apt, with each track name representing a different element of light.

‘Wave’ begins with a hushed countdown before a haunting xylophone melody takes over, stark amid echoing silence that surrounds it, and slowly but surely begins to grow as other bells join the fray. Much like the outro ‘Quantum’, it is devoid of all electronics, and begins the journey to the first crescendo midway through ‘Particle’. Indeed, the transition between ‘Wave’ and ‘Particle’ is only signaled by a subtle shift in energy as a nervous tapping joins the melancholic ringing. The sense of suspense which rises periodically throughout Elements is such that you feel it could almost be burst with a pin, and thus when the ‘Welt am Draht’-like ‘Particle’ fully gets going you are overcome with a sense of relief. The ever-changing mood of the work is highlighted by the differing nature of the two focal points as ‘Particle’ finishes amid a growling and relatively cacophonous clashing reminiscent of metal dustbin lids, whilst ‘Spectral Split’ explodes into a euphoric synth-laden melody. The progression is such that Elements transitions from the haunting and negative into the satisfied and contemplative, with ‘Quantum’ seeing out the album in an almost post-coital glow.

Elements of Light is slow, hypnotic and completely at odds stylistically, if not musically, with Weber’s earlier more track-orientated releases. If given the chance, it has the ability to wash over the listener in waves, with melodies and percussion gently bobbing along on a sea of droning bells. Having mastered the immensely difficult task of creating an excellent and functioning electronic long-player with Black Noise, Pantha du Prince has gone one further and created a piece of music that soothes and entices even the most impatient of modern ears.