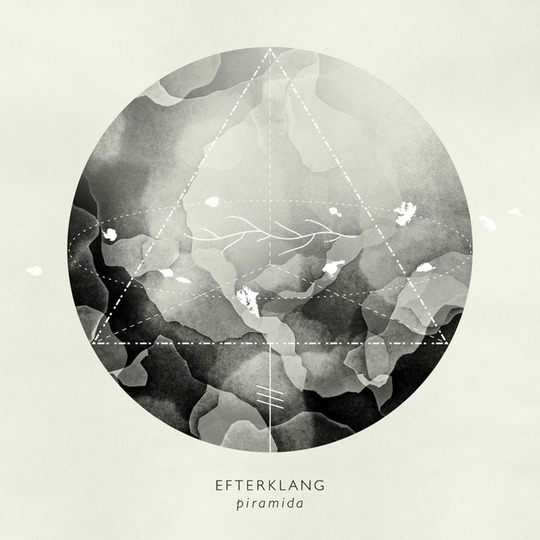 In beginning to look at Efterklang’s fourth full-length record, it would certainly be amiss not to mention the story of its genesis, which begins some 18 months ago. It is something which renders the album more than just the music. Upon completion of the Danes' previous record, 2010’s Magic Chairs, they began to discuss their next project. Somewhat by chance, a Swedish director e-mailed the band asking if they were interested in filming a music video on the island of Spitsbergen in the Svalbard archipelago; more specifically in the Russian-owned former mining town of Pyramiden, which was hastily abandoned in 1998 and has since remained a ghost town, a shell of its former self, gradually decaying as the years roll on. Naturally, the band were enthusiastic at the prospect but it took a year and half for the three-piece to arrive on the island's shores.

Topping each of their previous records – in particular the more melodious and orchestral-pop styled Magic Chairs – might not have necessarily have been at the top of their 'to do' list when setting out, but upon deciding to travel to the Norwegian Arctic to gather field recordings and create some of their own, it became a rather grander and more ambitious beginning than anything before it. They ended up with over 1000 field recordings and samples following their nine-day stay in Pyramiden and many of those recordings are scattered throughout the album, whether providing a skeleton to a track or embellishing on a large or small scale. That percussive introduction to album opener ‘Hollow Mountain’ is comprised of strikes of a fuel tank. There are many other instances of those 'found sounds' in each track, some being more integral than others - some skirting the edges, others more bold and prominent in their location.

Though that back story is one of profound importance and is an element which no doubt enhances and ramps up the intrigue for every sound on the record, it is not what proves its weight. It certainly adds some context but more of that is found in Casper Clausen’s lyrics and the generally morose and often downbeat atmosphere which permeates the album, representing a slight change in tone. Those lyrics - sometimes vaguely and other times more directly - deal with the drifting apart of two people and the reflection thereof, that much is clear. That is not to say that a cloud hangs over all, though; there are beams of light, also.

One of the most striking aspects of Piramida’s make-up is the presence of space in the music. The sprawling Parades, from five years ago, is an album which seemed to consist of a hundred simultaneous sounds and, though it is arranged in a fairly considerate way which stops short of density for its own sake, it can be a little full-on. 2010’s Magic Chairs was a departure in some ways but still held that layers-on-layers aesthetic. Here though? Well in ‘Sedna’, true as in sound to its roots in Inuit mythology, we've a vast plain of sound as an introduction, something like being alone in the middle of an ocean, at the mercy of the waves. The reverberating and sonically cavernesque ‘Told To Be Fine’ and closer ‘Monument’ are similarly sparse compositions. In the former, Clausen’s prolonged words “I’m all for all getting it right” ring true and seem to hang in the air for a lifetime. In fact, in almost every track there is at least one passage of reflection, lyrical or musical. Firstly, this makes it a pleasant listen for the duration, which is no bad thing. Secondly it gives the constituent parts prominence, room to breathe and furthermore adds emphasis to the dynamic and textural changes which are inevitably littered throughout.

There is also a fair amount here which borders on balladry, an aspect which began to creep through in their previous effort, in tracks like ‘Alike’. Here these songs are far more prominent and numerous. The aforementioned ‘Sedna’ is the most serene and deliberate of these and it is also the most morose tract, with harmonies perhaps utilised like Efterklang have never done before, plus what is probably their first, albeit brief, bass solo in the midst. Likewise ‘Black Summer’, which works its way into the most thickly layered and bombastic passage via the introduction of some punchy woodwind and a substantially-sized choir. As well as his lyrics, Clausen’s impressively rangey vocals are allowed to flourish, again, like never before. We certainly see more and more indications of his skill as a vocalist and ‘Between The Walls’, backed by an underlining brass section and the sort of electronic sounds we are more familiar with.

What is it that could make Piramida Efterklang’s strongest offering yet? The reasons are numerous. You cannot overlook the location on which contributed to the record’s beginnings but that is only really the introduction and the start of the story. Everything else subtly fits around it, yet is of greater collective importance. You can choose to get lost in that world but the joy is that this album is what you make it, so rich and deep it is, musically and – if you are inclined to think that way – conceptually. Piramida is undoubtedly the band’s most immediate work to date and it might be strange to be writing it, but nearly each and every track would work standing on its own. Strong though those individual parts are, they are mere dots compared to Piramida as a whole.