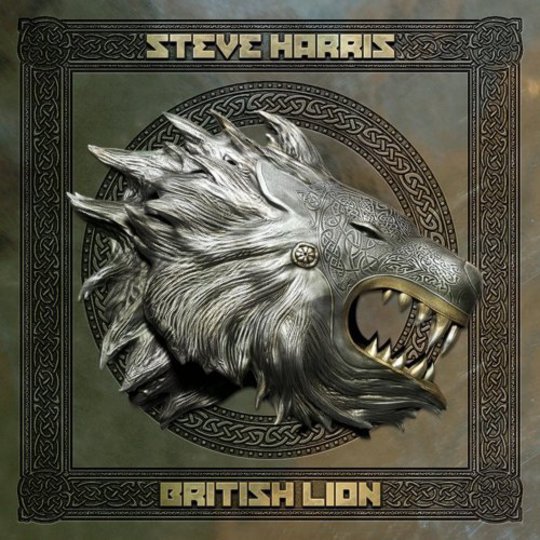 Let’s get a few things straight. Iron Maiden’s place in rock history was cemented long ago, we know this. I mean, we ALL know this. Right?

Whether or not you give a shit about them now (or ever) is utterly redundant. Sure, their latter-day output has been a mixed bag, but regardless of any questions of their relevance, technically speaking the majority of their newer material is still as nurtured, thought-out and complex as anyone once corrupted at the hands of Eddie would hope to expect and their live performances, even as they edge further towards their pensions, are still virtually untouchable.

Needless to say, they deserve respect; as does Steve Harris, who as any fan would surely attest, IS Iron Maiden. The hardened ‘eavy metal war hero turned an ambitious East London pub band into one of the most recognisable, influential and most powerful institutions in modern music, not to mention one of the most successful British musical exports of all time.

Not only that, but as well as being the band’s principal songwriter from day one, Harris’s own relentless, virtuosic bass playing – the pulsating, galloping backbone to Maiden’s many flamboyant, multi-layered epics – helped shape the very landscape of hard rock and metal in the Eighties, influencing hundreds, if not thousands of demonic offspring and continues to be one of the most recognisable facets of the band throughout its 30-plus year tenure.

Right, now that we’ve got that out of the way, we can talk about the matter at hand - Harris’s first ‘solo’ venture, British Lion.

The first thing to note is that to call this a ‘solo’ album would be very misleading. Sure, it says STEVE HARRIS big and bold on the sleeve, but no prizes for guessing why his name takes precedence: this is very much a full band effort with otherwise unknown collaborators.

Far from a solo acoustic affair with Harris spilling his east London drawl over road-weary ballads or tales of fallen soldiers – which would’ve been fucking awesome – British Lion is essentially a hard-rock side-project created in collaboration with old friends, with the only consistent Harrisian hallmark being the aforementioned mighty four-string rumble of the man, high up in the mix so you know who you’re fucking with.

Sadly, the quality of song writing and accompanying musicianship – i.e., everyone except ‘arry - is mediocre at best, and that is, to this fan, very painful indeed. Harris was recently quoted in regards to this new venture as saying 'I could’ve never done this with Maiden', and as you plod through these ten thoroughly average throwbacks, it becomes pretty obvious why.

To be honest, in this writer’s eyes, Harris can do anything he wants. He could do a pop punk concept album, a series of dubstep Maiden remixes with live bass or sparsely accompanied, free-form poetry, and it would do nothing to dent the man’s reputation – if anything, each of those would be infinitely more exciting than British Lion and now that I’ve thought of them I’m depressed at what I’m actually left to deal with. But to be brutally honest, much in the same way Maiden’s popularity has been met with largely polarised opinions, the announcement of a Steve Harris solo album, on paper, was always going either come with great expectations or serve as a dire warning.

The origins of British Lion lie in vocalist Richard Taylor and guitarist Graham Leslie sending Harris a few tracks back in the day. But the idea was shelved until all parts were finally able to take some downtime and flesh things out together. However, this lengthy gestation makes the dull results even harder to take.

Perhaps the most glaring fault is that Taylor’s lacklustre vocals simply aren’t strong enough to make any kind of impact. On ‘This is My God’ and ‘Lost Worlds’, his listless crooning makes Chris Cornell sound like Tom Araya, and the accompanying paint-it-by-numbers ‘hard rock’ does nothing to lift it any higher.

The only really powerful moments come from the Maiden-esque leanings of the likes of ‘Us Against The World’, the intro of which, with indulgent and instantly-recognisable twin guitars could raise a thousand studded fists in any given corner of the world. But again, it’s instantly rendered flaccid by Taylor’s ball-less Paul Rogers impression. The same goes for ‘A World Without Heaven’ which, brimming with some of Harris’s signature flourishes, is easily one of the strongest on offer, with a pounding, riff-heavy backbone worth its weight in silky solos and almost channels the stargazing fantasy metal of Eighties Sabbath – which again, you either love or loathe.

It’s a redundant thought, but by this point, you start to wonder what work the mighty Dio (R.I.P.) or, inevitably, Bruce Dickinson might have made of these same tracks. Because it’s not so much that the bare bones are so unworkable, it’s just that there appears to have been little to no effort made to drive this album beyond its members’ classic rock influences or to make it stand tall on its own merits as a unique and instantly recognisable piece of original work.

British Lion is not far-removed enough from Maiden musically to herald an exciting new chapter in Harris’s career, nor is it strong enough to challenge any other contenders in the genre, old or new. Again, it’s almost painful to cast it off but it would be safe to say that this is a piece of work suited purely for curious die-hards. But fuck it, you can always go and listen to Powerslave.