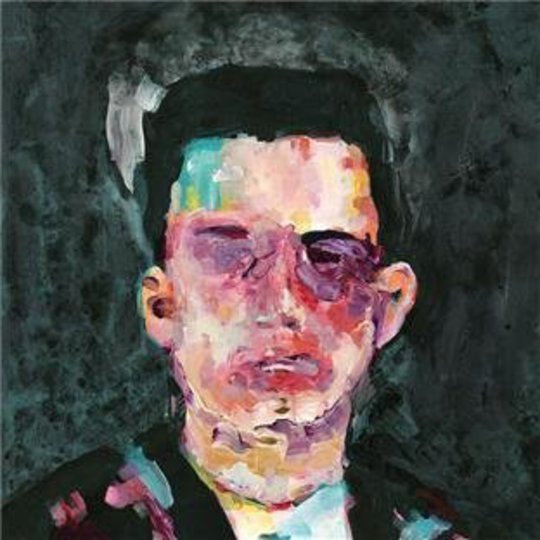 Hand on heart, I don't really know how I feel about Matthew Dear's latest album Beams yet.

After a dozen or so plays now, there are days when I fear that Dear has started to outstay his welcome. The insistent and addictive monotony that tied much of Black City and Asa Breed together is here extrapolated to a point where the record seems sparse, at times a husk of his previous work and - more scathingly - the genres he is borrowing from. His schtick (things such as looped clips of his respiration to create percussion and his elongated, abstract vocals) on tracks such as 'Headcage' also suggest that on the one hand Dear is now entirely the master of the ownable 'sound' and persona he has fashioned yet, on the other, slightly restricted and unsure where to take it next. Whereas before the juxtaposition of his nonchalant drawl sat beautifully with all the madness and inventiveness going on in the background, here it almost sounds in agreement with the records' lazier pace and slightly bored by it all, begging the question if he could have developed it accordingly.

Much of the latter half of the record drifts by without event on the first few listens; 'Up & Out', 'Get the Rhyme Right' and 'Shake me' are all passable but reminiscent of what has gone before and devoid of any real invention given the heights previous albums have scaled.

But then there are the other days when the space and intrigue these moments create is fundamental to the album's flow, and you wonder if they've been deliberately left barren to make a point. I have a feeling the album has another layer to it I'm only just starting to decipher too. The fractured, painterly cover is a more emotional and honest portrait than we've come to expect and the lyrics sometimes back that notion up too: "There’s just one in a million hearts that feels the way, the way I do” he sings soulfully on the opener and the album ends with him repeating "All my insides fall to pieces...I cannot right this lonely feeling". The sparser and emptier tone to the album suggest this could indeed be the reflective difficult entry into his discography and one that can't be appreciated within a few listens.

There are obvious highlights too, which stand out regardless; when the high pitched shrill noise soars out of the mix in the rather great opener 'Her Fantasy', it is highly reminiscent of New Order at their most poignant. The bassline that runs throughout the entirety of 'Earthforms' is so infectious it tricks you into considering it the best thing he's ever recorded. Hearing Dear trying to be more direct and playful on the almost pop-like 'Fighting is Futile' is a joy too, duetting with himself vocally and ending in a shimmering summery section. 'Overtime' is a madcap mixture of things that shouldn't really work together but that conspire to do just that, resulting in a tune that would be social suicidal to attempt to dance to.

There's no doubt that the familiarity of Dear's style after several records means Beams has to work a bit harder to hold your attention than previous efforts. The unanswered question in my mind is whether or not this is the sound of an artist using some nifty production to disguise the lack of songwriting craft below the surface or a record we'll all be reassessing in a years time as his defining moment, bringing all his work to date to a logical end. The good news is that until that issue is resolved, there's plenty here to hold your interest.