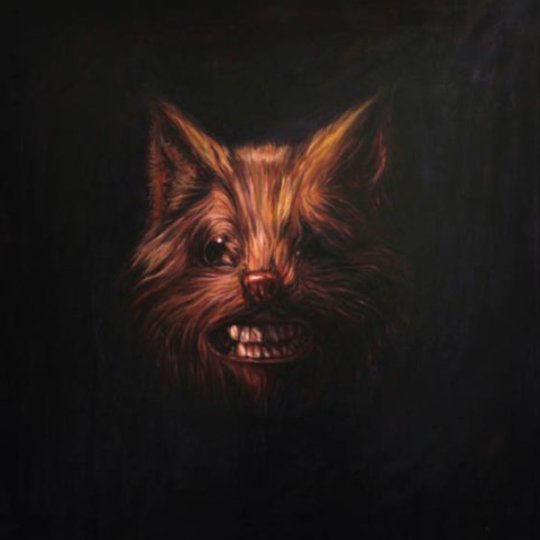 Michael Gira: 'The Seer took 30 years to make. It’s the culmination of every previous Swans album, as well as any other music I’ve ever made…'

Swans are a band that attracts superlatives. I’m not going to argue for Swans as the best, or the heaviest, the loudest, or the most evil band in the world (as has been done), but I am offering them up as the one band that makes the best case for extreme music as a profound experience, and one that transcends mimesis or expression. That’s to say: they don’t sing about emotions; they obliterate them; they are the sensation they seek to create. There’s a sense that Michael Gira might well have seen further than most. True, Swans can seem primitive, or musically un-evolved, and that was (once) the point. Early Swans lyrics dealt in abstracts and archetypes of power; slaves and masters; figures more monochrome and thuggish than anything on massively indebted later records like The Downward Spiral, that made contemporaries like Sonic Youth or The Birthday Party sound positively commercial.

In the early Nineties, Swans more or less invented Crescendo-Rock-As-We-Know-It, and the dramatic peaks of Soundtracks for the Blind (1996) or Swans Are Dead (1998) anticipate the best of Mogwai, GYBE! or Sigur Ros. I say 'crescendo rock' because the experimental Soundtracks... came five minutes too late to be mentioned in Simon Reynolds’ 1994 essay on post-rock, and this two hour collage of found-sounds and sinister drone-scapes doesn’t always get the credit it deserves (for the sake of ease, let's call them post-rock from now on). What those later bands added was often training in composition, as well as influences from classical minimalism (Reich, Glass, Cardew, Part), but Michael Gira had always been more interested in learning-on-the-job how best to terrorize an audience. Obviously, there’s no need to pick a preference among post-rock bands, and it’s futile to argue for authenticity over musicianship, but Gira’s own rhetoric raises the question of what we expect from music, and whether there’s a reason his music seems to exude more dread (and beauty) than technically superior bands.

So, what does 30 years of experience sound like? Put the artist back in the picture, and you start to see why Swans are Swans: that these sounds could only have been arrived at by someone with a particular sensibility, and a particular mission you can’t fake. After his parents’ divorce, a couple of years of almost daily acid-trips, a stint in prison, and then in a factory, the young Michael Gira had run away to Israel – all before he was 15. A year or so after his disappearance, he was tracked down working as a miner. Brought back to the States, he was enrolled in an arts college where he met Kim Gordon and, through her, became an integral part of NYC’s music scene, shortly after the No Wave had broken. An early line up of Swans even recruited Thurston Moore from Glenn Branca’s Guitar Army. The reason we’re still listening to a band who set out to sound so un-evolved (see, for instance, Filth from 1982) is because of how far Swans did evolve, and how deliberate that initial devolution had been: starting from percussion-heavy industrial; moving to a higher species of post-rock that encompassed (but wasn’t limited to) crescendo-rock; and then a version of alt country for most of the Noughties (as Angels of Light) that allowed Gira to play unironically spiritual songs, and occasionally create a cacophony like the good ol’days.

And so we come to 2012. The Seer is the culmination of Gira’s 30-year-journey; his finest two hours, if you will. Superficially, it sounds like a compendium of post-rock moves, but that’s a good thing, not a sign of dilettantism, and there’s much more going on. Twelve year after GYBE’s Levez vos Skinny Fists… (the easiest comparison for most readers), and 16 years on from Soundtracks…, this isn’t actually a difficult album. Most of the tracks will satisfy listeners who came to post-rock via Hollywood movies. There is, however, a case to be made for the more difficult passages on the album, and by turning the spotlight on some of Gira’s influences, showing how much this does constitute a departure. Take the middle movement of 30-minute long title track 'The Seer'. From four to 13 minutes, you’ve got a conventional post-rock number, albeit with a terrifically sinister vocal that rises from a diabolical slither to something more ominous ("iveseenitall-iveseenitall-iveseenitall-I’VE SEEN IT ALL-I’VE SEEN IT ALL"). For five minutes the slow drums portend a devastating second climax but it never arrives, leaving you to wonder what decision was made (or not made) here. On a second or third listen – because you WILL come back to this two hour album in its entirety – the realization dawns that Gira is as interested in shaping space (or silence) as he is in sculpting noise. The percussion, provided by Thor Harris, towers like 40-foot pillars in front of a temple from whose dark portal something promises to emerge.

Yes, Swans have been here before, and so have other psychedelic voyagers, but rarely with so much musical legacy freighted into every single bar. Much of The Seer is composed of six to ten minute blocks of relentless repetition, but what’s repeated is played so tightly, and arranged so exquisitely that within individual tracks, you might hear echoes of The Residents’ 'ethnographic forgeries', or Sun City Girls (whose own Sir Richard is touring with Swans). There’s a lot of Can and, in a couple of places, a honking and grunting Captain Beefheart.(If this sounds silly, well, sometimes it is, but pseudo-hippies Animal Collective would soil themselves, and scurry back to whichever kindergarten they get their samples from.)

Arguably, this is a development, and a new target for younger bands to aim at. One of the crucial ingredients that defined Swans as a seminal post-rock band was their exploration of non-rhythmic loops to create soundscapes with a sense of constriction; not that there is no development at all, but the development is cerebral, interior, subjective, depending on the experience of listening over time, rather than harmonic and melodic relations with other elements of the composition.

All of which makes this a surprisingly brisk two hours. Nor is it all avant-garde. 'Song for a Warrior' (sung by Karen O) is one of the most straightforward pieces Gira has ever written, and it’s beautiful. The lyric also feels earned; after all, a musician-as-warrior metaphor would be lazy and crass coming from 90 per cent of people, no matter how many decades they’ve been touring, but I refer you back to Gira’s biography. Approaching 60, he knows the clock is ticking with regards to performing with an intensity that would be true to Swans. He’s writing his own elegy and he seems grimly happy about heading toward some kind of rest. Like Gira’s former musical foil, Jarboe (who symbolically if mutedly pops up on backing vocals a couple of times), Karen O does a fine job of sounding like the anima to such a musical titan, a mythical mother figure whose embrace is also death.

And so one battle – Swans’ 15-year battle against the sensibilities of effete audiences that was supposed to have ended in the Nineties – seems to be coming to an end, allowing Gira to concentrate on the beautiful as much as the sublime. I want to describe 'A Piece of the Sky' as the loveliest thing that Swans have ever committed to record, if only to put ‘loveliest’ in the same sentence as the name of a band synonymous with punishing musical excesses. For its first ten minutes, it’s a close cousin of Eno’s immaculate 'The Dance, parts 1 & 2', before cross-fading into a slow-building guitar-led post-rock number haunted by a faint xylophone part.

Did I mention a guest-spot from (old friends of the band) Alan and Mimi of Low? Or that ‘Avatar’ may be the most thrilling song they’ve ever written, even before you notice the lyrics about performance-as-possession? Actually, the best thing about this album is that Gira’s cried wolf so many times about having said all he has to say, there’s bound to be another 70 minute opus (at least) in six months. Here’s to another 30 years of Swans.

NB – Included in the special edition package, the 100 minute DVD of Swans’ live-show is far better than most 'devalued American dollar purchase incentives' (as Nirvana once put it). That’s to say, it’s a well-edited set using multi-camera footage of a legendary live act – but still it suffers from exactly the same constraints as anything else in the sub-genre that is the concert film. Unless the director merges said footage with a confessional biopic (cf. Low), or study of alienation and anomie in the age of accelerated globalization (cf. Radiohead), you’re left wondering why you’re sitting politely in the upper circle and not sweltering in the moshpit. It’s a more gruelling set than the album – extending the noise sections, and favouring the less melodic tracks from Swans’ post-reformation material – but every instrument is bright and separated in the mix, recorded to near-studio-quality. What this adds to the album is a filmic portrait of a frontman with the charisma and swagger of a Patton or Sherman, making history, not music. Do you need more persuading? Support Our Artists!