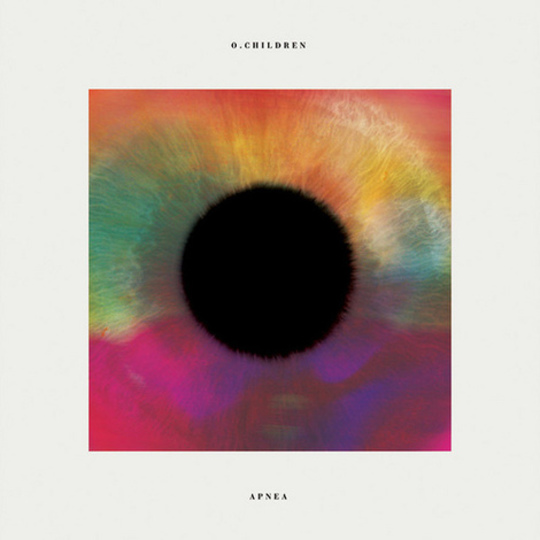 For a band who've been hovering around the London scene a good few years now, one reason why O Children perhaps haven't attained the levels of recognition afforded many of their peers could be that they still haven't quite discovered their true selves. While there's no mistaking the dulcet tones of Tobi O'Kandi - unless one happens to stumble into a Nick Cave convention - O Children still appear to be stuck between a rock and a hard place, unsure of who or what they want to be. While not exactly a perilous quandary, it can prove a little problematic at times.

Apnea is the band's second long player, it's name roughly translated from the Greek word meaning 'to hold one's breath'. A hefty statement of intent if taken literally, and its creators' ambition can't be faulted for the most part. And yet, somewhat naggingly, it just falls short of greatness at the final hurdle. It oozes with ideas that may have elevated it to the same levels as comparable records like Skying or Smother, if only they'd been better executed.

From the moment 'Holy Wood' kicks Apnea into life, O'Kandi declaring "There is sound, there is hope", it's clear O Children have moved on several notches from their self-titled debut just two years earlier. Then they were writing songs about ace breasts and dead disco dancers, now there's something more lavish, yet sinister about the likes of 'Swim' or 'PT Cruiser'. Sure, those post-punk influences rise to the fore in places. 'Solid Eyes' has a Love era Cult-type tendency about its make-up, while the aforementioned 'Holy Wood' finds itself buoyed by a riff Dave Fielding and Reg Smithies may have been happy to share as their own back in the day.

It's on lolloping anti-anthem 'The Realist' where O Children finally come into their own. If Nick Cave had joined The Cardiacs rather than forming The Bad Seeds after The Birthday Party's dissolution it may have sounded something like this. "I'm looking for something that I believe in" intones O'Kandi fortuitously while the melody takes a western discourse. 'H8 City' is even more disparate, engulfing itself in motorik synths like the eccentric English stepsons Kraftwerk never knew they had. Even when O Children revert to post-punk type, they do it exceptionally, as on 'Yours For You', arguably Apnea's standout three-and-a-half minutes. Part syscraping Bunnymen guitars, other times one eye firmly cast towards Faris Badwan and co, its glistening coda a soothing accompaniment to The Horrors 'Endless Blue'.

But despite Apnea's good points, there's a decided patchiness about a good third of the album too. 'Red Like Fire' and 'I Know (You Love Me)' to name but two have a "by numbers" feel about them rendering them forgettable alongside such aforementioned hallowed company. However, what Apnea does represent is a band making significant progress at their own pace. Left to their own devices, O Children may well deliver that timeless classic they so dearly desire to make. That Apnea just falls short is nothing to be ashamed of.