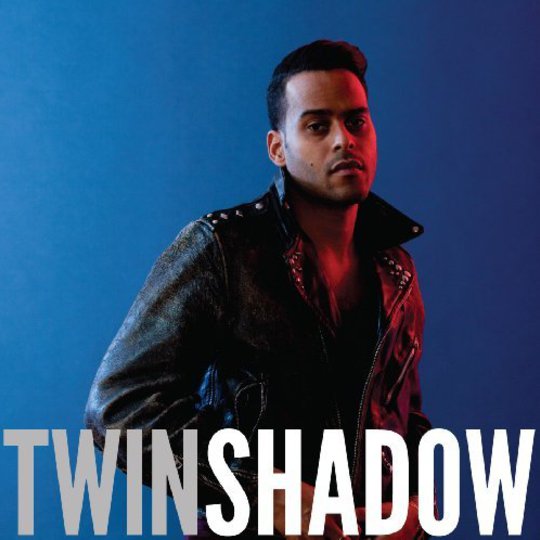 Here’s a confession. Four summers ago, I was driving along a long wooded backroad in my clapped-out matchbox of a first car. It was late and I was rushing home, the kettle-screech whistling of air through my window smothered by loud music. I was 19 and had been working two towns over in a video shop, and it had been a shitty day. The roads empty, I must have lost concentration because I soon clumped into a curb, sending the car into a violent spin. When I finally regained control of the car, I drove to a nearby supermarket car park where I sat for maybe an hour and beat the dashboard until my fists ached and my lungs wheezed, angry at myself for almost ending my first stab at adulthood - I had only recently scraped through my driving test - in a heap of twisted metal, all because I was fumbling for a cassette in the glovebox.

I bring this up not just because Twin Shadow’s second album, Confess, was inspired by an automobile accident - main man George Lewis Jr. crashed his motorbike a couple of winters ago while riding with a friend - nor because you’ve missed a memo about DiS reviews now couching catharsis for journalists with a shitty grasp of road safety. It’s rather that just like these sort of memories, the ones that lurk in the shady recesses of your past, all detail swinging in and out of focus, hazy and intangible, Confess is unshakeable and destined to linger.

Following in the exhaust fumes and tire-spin howl of last year’s Drive soundtrack, the album is a total Eighties throwback, all John Hughes-film-accompaniment pop regalia, fizzing guitar lines, Italo Disco keyboards and hushed eroticism. But where Cliff Martinez’s score bore a certain muscular power, Confess is agile, zippier, more direct than the likes of College and Chromatics’ contributions there. It’s as if the motorcycle-obsessed Lewis Jr. has crafted a slinkier two-wheeled spin-off score.

From the calypso echoes of opener 'Golden Light' to recent single 'Five Seconds,' its thrills and spills are irresistible. The record benefits from a rich togetherness that's aided by Lewis Jr. also helming production duties. Songs like 'Run My Heart' and 'The One' retrofit The Police’s chipper melodies and stadium-sized choruses onto a backdrop of corrosive guitars and rattling electronic drums, soft wash keyboard flourishes raining like confetti. Elsewhere, bitterness seeps in: “dance me around the room while you lie to me,” Lewis Jr begs on 'I Don’t Care' after 'Patient,' a welcome reminder of the future-pop he fashioned on last year’s overlooked CANT collaboration with Grizzly Bear-gone-solo Chris Taylor.

Twin Shadow’s first record, 2010’s Forget, was a satin-smooth razzle-dazzle of New Wave grooves. This time around, Lewis Jr. has added heart to the spectacle. With many revivalist acts, there’s a sense of empty nostalgia, but not so here. Confess isn’t just steeped in the sounds of an era, but in its films, feel, stories and sense of aspiration. It’s an album about love and lust behind the bleachers, in the dark of a multiplex, on the back of a motorcycle, in bathroom cubicles, under the neon glare of America’s bright lights - and it’s wholly, wholly brilliant.