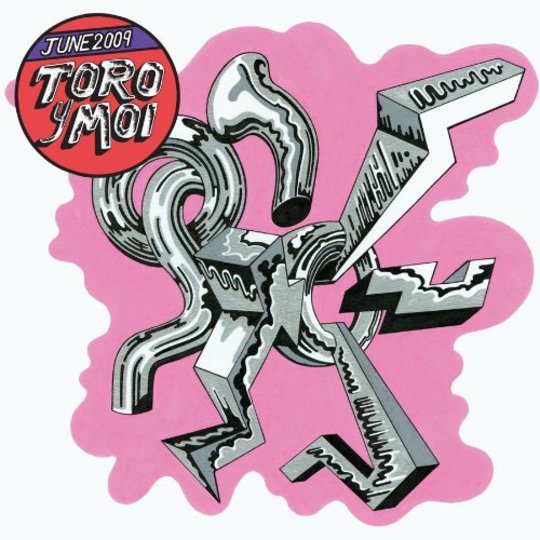 Back around the start of 2010, Chaz Bundick, aka Toro Y Moi, told Pitchfork’s Joe Colly that 'If I look at a band like Best Coast or Wavves, they live on the beach. I go to the beach, like, once a year.' It was a neat thing to say, seemingly designed to distance his debut album Causers of This from the chillwave bands who seem to have been so omnipresent over the past two years; a move to help his record stand apart from his coast-pervaded contemporaries.

The release of June 2009, with its very title evoking that summer sound, lifts this facade after a mere two years. Recorded back in [you don’t need me to finish this bit of the sentence], this is a record of scraps and sketches, charcoal traces of the slightly-clinical breeze pop that made up Toro Y Moi’s debut. As such, it’s a messy affair, with influences more myriad and a sound less assured than on Causers of This.

In time-honoured graduate fashion the guitars here are far more prominent than in his later work, chugging along in a college rock style for pretty much the album’s entire first half. On the opening two tracks ‘Best Around’ and ‘Take the L to Leave’ there’s more than a hint of The Strokes in both the music and vocal delivery. It’s only once you reach ‘Drive South’ that any real sense of ambition becomes apparent, with the minimalism and bassy drones that led to acclaim early in his career finally coming to the fore. This track, along with the follow-up ‘Sad Sams’, comprise June 2009’s high water mark, the latter taking a dramatic left turn towards psychedelic freak pop with oscillating synths and a steady nautical storm of relentless percussion.

Having taken its sweet time to build to something especially interesting, there’s a real sense of disappointment that this record ends with something of a damp fart triumvirate: ‘Talamak (First Version)’ is an utterly pointless Fisher Price version of the shiny chillwave track that made Causers of This, and the last two tracks are a pair of sub-Grizzly Bear MOR guitar yawn fests. After winning acclaim in 2011 for a more progressive style, this sounds all too like Bundick’s balls getting trapped in time.

After last year’s Underneath the Pine saw Bundick trying a braver, evolved direction, there’s a genuine worry here that Toro Y Moi has run out of ideas already. Yes it’s only been a year since his last 'proper' record, but you would hope that someone who has shown such diversity in his short career to date would have enough ideas not to need to dig up old material so early on. All we’re presented with here is a collection of half-baked, badly-produced versions of sounds we heard a couple of years ago; what was supposed to be low-fi AM pop instead sounds like a crap Ariel Pink record.

The thing is, I hate the beach. It’s dirty, gritty, and uncomfortable, everyone pretends to like it and people will pretend to genuinely prefer one hot sunny beach to another, but no one really does. This is the perfect beach record.