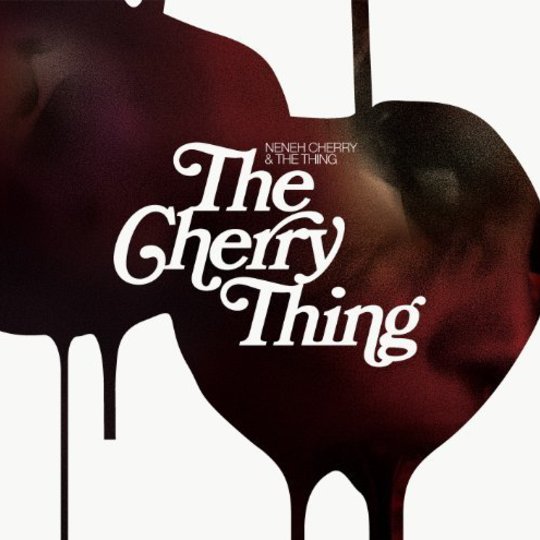 I'd wager that The Cherry Thing is the only album in existence which offers up a Suicide cover within the same tracklisting as re-imagined MF Doom and Martina Topley Bird cuts. And what's even more surprising is that the record – a collaboration between vocalist Neneh Cherry and instrumental jazz trio The Thing – actually coalesces into something so coherent from such a disparate range of influences.

Sometimes hugging quite faithfully to their source material, and other times meandering their way distances from the originals, Neneh Cherry and The Thing use these eight tracks as pre-packaged frameworks within which to explore fresh dynamics to these songs, often to musically fruitful ends, but ultimately arriving at a collection which plays far more like feet-finding and ideas testing than a truly satisfying record of jazz reconfigurations.

Things aren't helped much by the fact that the album puts its worst foot forward in the form of Cherry's only original composition on here, 'Cashback'. Awkwardly jerking through its inflexible verse-chorus structure, the thing only comes to life when Mats Gustafsson is permitted the time and space to improvise – and, boy, can he make that saxaphone scream. The best tracks on here are the ones with the greatest fluidity of structure, giving Cherry and The Thing the opportunity to let the music evolve through responsive improvisation and thrilling one off flourishes. Rap music, then, provides a great blueprint for this approach, and 'Accordion' sees Cherry's versatile vocal dazzle while The Thing build in intensity as the track perpetually moves forward, unburdened by cyclically-based song structures.

It's a that so many of these tracks rely heavily on repetition, when it's so clear that a slowly unfurling and perpetually advancing approach to performance is what suits Neneh Cherry and The Thing's sound most handsomely. The horn lines of 'Golden Heart' lazily wander around in the mix ad infinitum while Cherry's vocal dribbles out a dirge of a melody. And 'Dirt', although built upon an thrillingly dirty blues lick, criminally fails to advance much beyond its initial premise. All of these songs, as if suddenly sensing their stagnation, suddenly allow The Thing to go absolutely bananas at the halfway point – unleashing an unworldly hell of noise, screaming horns and clattering rhythms as if unable to contain themselves any longer. But when Gustafsson is suddenly forced to return to gripping Cherry's vocal line like a handrail on 'Sudden Movement', the song seems to audibly deflate.

This constant repetition is a damaging constraint on Neneh Cherry and The Thing's musicianship. Closing on an aching cover of 'What Reason' by Ornette Coleman, we leave the album with the redoubled conviction that these are songs which want to wander freely, which thrive off space, and which find themselves at their best when they aren't slaves to their own structural frameworks. Neither Neneh Cherry nor The Thing are well served by the self imposed shackles within a lot of these tracks, perhaps intended to provide security while building new musical relationships. Instead, it's far more thrilling to hear Neneh Cherry and The Thing go for broke on instinct – because they've definitely got the capabilities already in place, despite being frustratingly unwilling to fully unleash themselves. And so while these jams document an undoubtedly exciting collaboration, only a few of them go so far as to offer anything that sounds like this project's true potential, despite frequently being tantalisingly close.