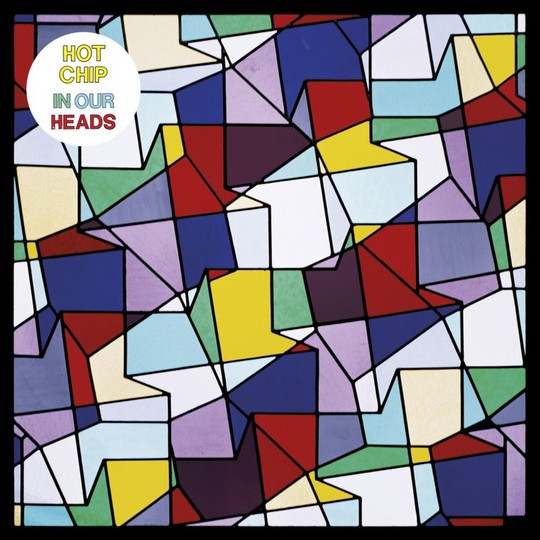 It was easy to dismiss Hot Chip when they first arrived on the scene. Their quirky image, odd vocalists and highly varied output initially suggested this was bunch of try-hards or - perhaps more fairly - one not ready for the success they achieved so early on. Yet over the course of their 5 albums, whilst many of the peers they had at the start moved from being influenced by bands of the past to merely aping them, Hot Chip have continued on their path and gradually found their own distinctive balance.

In recent years, Hot Chip have managed to rewire their abundance of ideas into a more cohesive whole; the out-of-kilter album tracks are less jarring, the tone of voice in the lyrics is more sympathetic and soppy yet the singles are still unashamedly upbeat but part of a greater good. And In Our Heads, arguably their most consistent record to date, is certainly their most fun.

You sensed it may turn out to be a bit special the moment 'Flutes' dropped, such was its brilliance. As the centrepiece of the album, it's an understated slow burner that picked up a few tricks from all of them extended 80s singles. The chorus is seemingly an almost incomprehensible list of stage directions, the drums come in a bar early whilst the backing is abstracted looped vocals. But the way Alexis' voice emerges out of the ether is mesmerising and his finest moment as a frontman. As he says 'All this talk is getting me down / Nothing's making sense in my brain' the lyrics give way to an almighty crescendo. By the time its over, the band have a new pinnacle to better.

In truth, as much as lead single 'Night and Day' is great fun, its emergence felt cheap in comparison. Time has been kind to it however and it sits in just the right place on this record, breaking up the LP's bookending tunes. And what bookends they are.

Both the opening and closing trio of tracks are superb pieces of work and - perhaps more importantly - perfectly sequenced tracklisting. Opener 'Motion sickness' with its bombastic intro, whimsical lyrics and soaring backing is instantly pleasing. The opener also garners a trait shared by a great deal of the songs here; revel in letting the first part of the song, grow slowly and then take the shackles off for the latter, more euphoric half. Essentially, by the end you'll be spinning around and around on the spot grinning like Bo off The Voice or [insert someone you've heard of that goes nuts].

'How do you do it?' is even better - fundamentally a list of reasons why life and loved ones are actually pretty awesome, but delivered with that touch of subtlety the band refined on One life stand: 'How do you do it? / You make me wanna live again... A church is not for praying / it's for celebrating the light that shines through the pain'.

Third up is 'Don't Deny Heart', the most unashamedly 80s influenced track here, complete with a kitsch electro piano accompaniment in verses, a touch of falsetto and a wonderfully succinct guitar solo in the bridge. In 4 minutes it encapsulates and celebrates much of what us 30-somethings grew up with without ever merely mimicking it.

More impressive is the finalé to the record. 'Ends of the Earth' manages to strike that delicate balance between heartfelt and progressive, whilst closer 'Always Been Your Love' is utterly beautiful in its simplicity - not once does it outstay its welcome or try too hard to be daring; where once the band would have thrown in an unnecessary effect or refrain to be different, here they walk the line quite perfectly. And in between these two lies 'Let Me Be Him', which is as good a mid-tempo song as I suspect the band will ever produce. Due to Goddard's side adventures his voice now seems far more confident and manages to take centre stage despite an emphatic chorus behind him. By the time Alexis joins in with his hazy outro ode to a double-edged type of narcotic, you're so at ease that substance abuse seems inconsequential.

And amazingly there's more. 'Now There is Nothing' is one of the oddest yet charming interludes the band have managed to date whilst another album standout 'These Chains' should be a future live highlight if justice prevails.

The over riding result is that Hot Chip now seem infinitely more comfortable and competent in their skins. Side projects and experience have made them less reliant on haphazard tangents and tricksy effects, resulting in a unit that realise each others strengths whilst reigning in their eccentricities in favour of making better records. And as reward, they've carved out a niche alongside New Order and Pet Shop Boys as one of this country's finest experimental electro-pop acts of the past few decades.