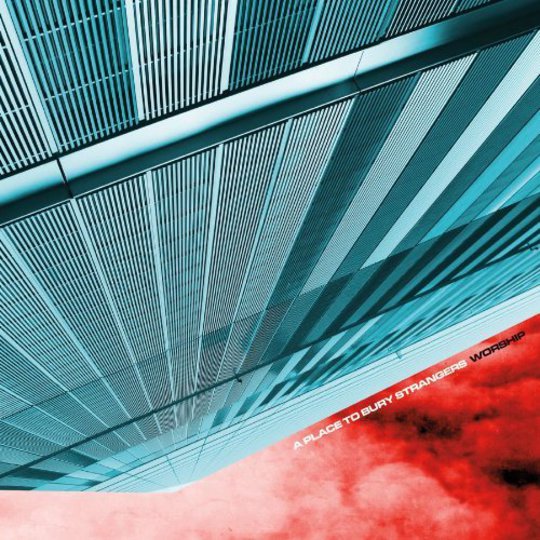 Did I ever tell you my favourite A Place To Bury Strangers story? Not the one where I inadvertently revealed my foreignness by fangirling all over Oliver Ackermann while my Australian companions had the good sense to maintain the trademarked Melbournian air of nonchalance bordering on condescension. No, I'm talking about the time following the release of Exploding Head when two individuals on two continents, both unknown to one another, asked - no, DEMANDED - whether I'd picked up the album yet because it had my name written all over it.

I cannot think of a bigger compliment than being associated with the sound of A Place To Bury Strangers. And it was true! Exploding Head was an awesome album - the word 'awesome' being used literally, for once. The openers 'It Is Nothing' and 'In Your Heart' threw themselves at you like a St. Bernard oblivious of its own weight, while the rest of the album kept you helplessly pinned to the floor only able to slightly move an arm in a feeble, but futile (and not particularly earnest), attempt to free yourself.

I expect I would have got those calls for Worship as well had the album led with the title track. It's not an enthusiastic St. Bernard, but it's at least a stoic German Shepherd. One that doesn't quite feel the need to throw itself at you, but expects you're perfectly capable of making your way over on your own. It's not far wrong - the guitar driving the track absolutely radiates magnetism. It's a classic APTBS sound and one that successfully evades self-derivativeness.

The sandpaper intro to 'Fear' can easily be equated to the harsh backdrops that most Medicine) tracks proudly flaunt. Unlike Medicine, however, it doesn't last, and before long it's morphed into something a bit more pensive, as the chorus escalates from a plaintive "whatever happened to our love? It seems so strange to me that you're running away," to an enlightened "And then I think about what I've done. And it's not strange to me that you're running away" culminating in the unconvincing conclusion that "it's a (our?) fear."

Despite the aggression in their music, it's not uncommon for APTBS to tone things down a few tracks into an album, but watch out for the lull in this one. Many, many years ago, they had an exhilarating track called 'Sunbeam' which for all its seven minutes felt like it was over in an eyeblink. The first half of 'Dissolved' appears to be an attempt to reincarnate it, but instead of capturing the liberation I imagine it seeks to, it ends up endlessly mulling over the same, apparently unresolvable situation. 'Dissolved' is, in effect, two songs. A false ending midway, not unlike 'Sunbeam's own, just works as a And Now For Something Completely Different. There aren't enough of the elements incorporated into the first three minutes that made 'Sunbeam' such a stunner. The ones that are, are yanked away far too soon to be satisfying. As a result, 'Dissolved' ends up sounding far longer than its five and a half minutes.

More hopelessness in 'And I'm Up' ('either way I choose the choice is wrong' ) and more meditative soul-searching in 'Slide' which, would you believe it, opens with "ever since I was a little boy, I had a lust to live". We know better than to expect positivity from these guys (or music in general) but from APTBS I've come to expect more of a fight, more aggression, more "I'll just wait for you to turn around, and kick your head in", more "Don't say that you're nice to me, alright, you're lying. Don't think I forgot what you said", more, "why? What the fuck? Don't play with my heart", more brutal honesty, more self-sufficiency, less "I want to die, I wish to die".

And so after this sudden influx of mild-mannered tracks, 'Leaving Tomorrow' comes as a relief. It's got drive, it's got energy, it's got the glorious sound of moving furniture. A Place to Bury Strangers are the band that taught me to find the music in a pneumatic drill, and in the heavy squeals of a chest of drawers being moved across a marble floor, and, with some effort, even in white noise. 'Leaving Tomorrow' with its companions from the beginning of the album - 'Alone', 'Mind Control' and, most significantly, 'You Are The One' are the ones that still serve to act as reminders of how there's music in almost any object.