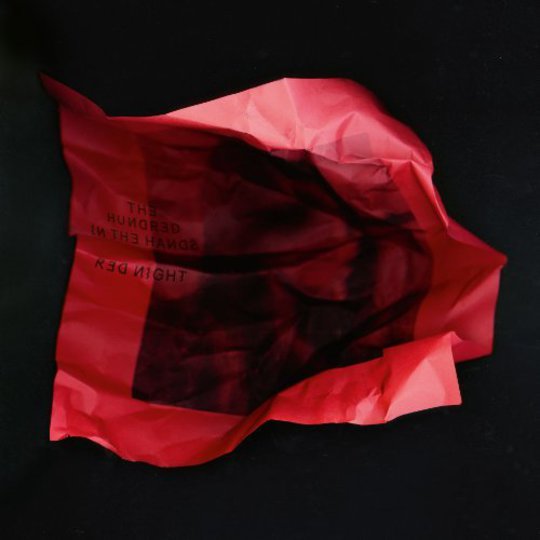 Warp Records are back in electropop mode, showing the label’s now as comfortable playing ball with the industry as it is signing pill-fiends who’ll only release on wax. New Yorkers Hundred in the Hands fall somewhere in between: their debut was viewed as insurance by Warp’s die-hards; a unit-shifter that smelt like Crystal Castles, ready to be deployed in case of sales tailed off. That never happened, and the label have now brought Jason Friedman and Eleanor Everdell back for round two. Red Night finds the duo pushing their noise-stomp formula to its cinematic limits, bringing everything from guitars to herbal bath music and making the future leap to third album unthinkable (unless they can hire Michael Bay).

Red Night’s strength is its atmosphere: this is a stirring, pulsating record, as likely to win praise for its bold arrangements as it is to be mistaken for the Corrs dropping ketamine. Everdell and Friedman try out everything: the Doppler effect on ‘Keep It Low’, which piles dub grooves over Ecstasy metaphors (”Under solid black skies / Wide awake eyes / Don’t want to go home / We stay under / Distant tunnels”), to the gentle electronica of ‘Faded’, where Everdell laments her broken heart. There’s so much bombast it could be a Kristen Stewart film, or at least the 47 minute trailer for one, without the throaty voiceover.

The high passion brings some moments of over-production, and makes you wonder if Warp couldn’t have recommended Hundred in the Hands drink some Horlicks while recording. Friedman’s fireworks and Everdell’s groaning feel like Republica on a cathedral tour, every riff shrouded in grime chords, every vocal as stormy as the sea. The druggy title track and its Gary Numan noises thud for a full six minutes, Everdell reverberating as she sings of the red night, and her first-hand experience of the shepherd’s delight. She’s more muted on ‘Recognise’ but the guitars compensate, scratching and echoing out a woozy aria. Both are small fry compared to ‘Come With Me’ whose rave/grunge recipe belongs in a padlocked box marked 'Nineties'.

A string of solid tunes concretes over these flaws, and stops Red Night from becoming Florence and the Machine walking into a biker bar. There are back-to-back triumphs while the pills are tossing you around: the deep, warm melody of ‘Lead in the Light’, or ‘Tunnels’ and its prowling rock line. Everdell’s voice is like glitter on Friedman’s programming; a formula that might shunt Warp Records up the iTunes chart if it reaches the right people, and not just Aphex Twin completists. The last few years have seen the label expand into film, and so it follows that they should now become a force on the pop circuit. Red Night is a launch pad, doling out tunes and following each eerie throb with a radio-ready smart bomb. In summary, one very intelligent Now! album.