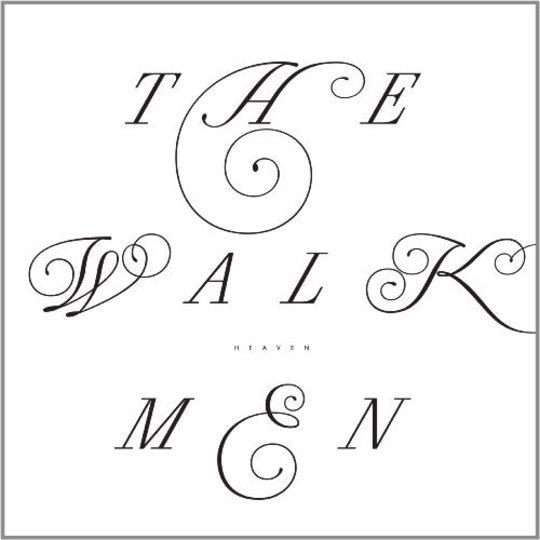 Sometimes, in music as it is in life, the most memorable and rewarding journeys are those beset with challenges, detours and the hand of the unexpected on the tiller. Thus has it been with the captivating trajectory and evolution of The Walkmen. Second album breakthrough miracle ‘The Rat’ may have been the lightning bolt that fused them to our hearts but even more stirring was the way that when Bows + Arrows and A Hundred Miles Off failed to afford them significant commercial reception, the band pushed their boat out into misty, troubled waters with cryptic-crossword puzzle of You and Me, before kicking for home with the sprawling, terse and tense Lisbon. And so it came that in some nod of belated recognition for continually fighting their corner from the darkness, the band found themselves opening up the main stage at Leeds 2010: stiff morning limbs being shaken to waking by a caffeine-shot of incendiary wonder. Their curious majesty seemed to belong there on that vast space for those few moments and most stirringly of all, they had done it all their way.

Whether this gradual ushering into the bosom of a more mainstream audience was a catalyst for the tone of Heaven is unclear. But certainly, it presents as their most accessible and open-hearted record to date, teeming with melodicism and a more concise framework in comparison with the jagged rocks and sharpened stakes of their previous creations. Yet fundamentally, it retains that slow unearthing of jewels with repeated listens, found somewhere amongst the echoing, labyrinthine series of corridors that define so much of what they are – that glorious equilibrium between cavernous space and condensed, spring-loaded fury. And though clearly more at peace with their existence, their songs still resonate with a palpable tremor of anguish as they lie tied and bound to the rack. But silk straps now bind where once sat rough hessian, and Heaven finds The Walkmen's beautiful, sweet melancholy crystallised into what could well be their finest record to date.

Its core strength lies in how it manages to hold the familiar and the alien within the circle of the same palm. The rough corners remain, but there’s a new and unashamed love for melody that keeps skipping with a carefree glee in spite of the the frowns, swells and squalls. Take ‘Song For Leigh’ – a pretty melody that could have spilled from the pen of James Mercer or Stephin Merritt. But only Hamilton Leithauser could marry that to such words as “And I sing myself sick… sing myself sick about you” and still make it sound believable. Speaking of the frontman, the most obvious musical point of discussion on Heaven is the prominence afforded to his vocals. Previously a bull-necked powerhouse, here it often restrains to a tentatively tender croon that unfurls beautifully and unsettlingly; somewhat akin to having a Mafia boss croon a love song at you with a flower behind his ear and one hand resting upon his gun. This gossamer-light touch is employed to most profound effect during the album’s skeletal heart – firstly on the bleak 3am lament of ‘Southern Heart’ and then on the breathtaking ‘Line By Line’, unfurling slowly and delicately against a fragile guitar backdrop before rising like the sun in a glorious, synth-kissed finale; astonishing in its ethereal execution.

Oh, but they can still crush the accelerator should they wish. And when they do so, the results are generally spectacular. ‘Heartbreaker’ rises from a choppy Phil Spector opening to condense into a magnificent surf-rock anthem with Hamilton’s cries knowingly answered by Paul Marroon’s Swiss-Army knife guitar armoury. Stunningly effective and immediate, you’re impulsively dancing. Similarly with lead single ‘Heaven’ and its hypnotic, cyclical groove. And a song like ‘The Witch’ shows precisely where The Walkmen have arrived at in 2012. Lumbering out of an unsettling vocal motif, it clatters and crashes around with Leithauser’s vocals scarred by razor-slashes of guitar and the track possessing the confidence to simply dwell within itself and not rush. And when it’s over, they finish and move on. The Walkmen are a band who are startlingly good at taking the simplest things and then arranging them deftly in a manner that immediately adds vibrancy and luminosity, as if they’ve completed an electrical circuit. Their fulcrum lies in their understanding of this. They don’t need to be, or to do complex; they just do simple better than pretty much any current guitar act on the planet. The difference on Heaven is that they’ve stepped into a more vivid and kaleidoscopic spotlight.

Similarly to The National, The Walkmen have spent the span of their career carefully nurturing, pruning and cross-pollinating their bittersweet fruits of sound until they get to the essence of their flavour. More surprisingly is that they appear to have found their niche far closer to the mainstream than anyone could ever have predicted. A record made by a band with utter confidence in their chemistry, Heaven takes another firm and measured stride forward in what is rapidly becoming a celebratory jog towards brilliance: a re-affirmation of what heart, skill, craft and guile can birth given time and experience.