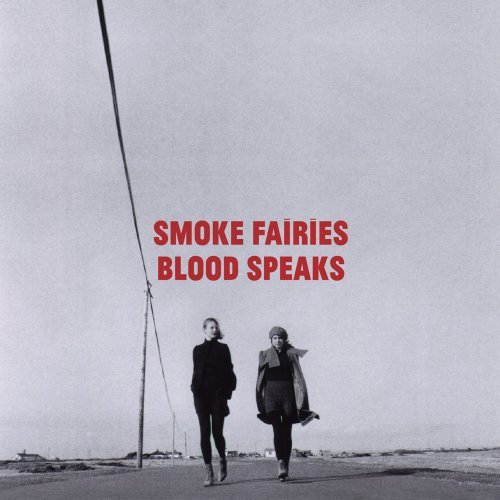 Blood Speaks is one of 2012’s more entrancing records.»

deluxe digipak cd with three extra tracks to the normal cd plus a four track bonus 'covers' ep. since their acclaimed 2010 debut album, 'through low light and trees', smoke fairies' jessica davies and katherine blamire have been on an epic journey, both physically and spiritually. all these experiences bleed from every pore of their brilliant new album, 'blood speaks'. from the heavyweight humidity of 'the three of us' and 'feel it coming near', to the sonic adventures of 'film reel' and the title track, blood speaks is undeniable proof of a tougher and more fearless smoke fairies. 'we've become more confident in what we're doing, and so we've pushed things a bit more' says katherine. 'we've gotten bolder with the dynamics, and our influences have broadened.' head, the venerated producer, returns for blood speaks, and the girl's live band was also drafted in, further reinforcing the duo's evolving sound. having recorded their debut in rural cornwall, the new album was produced in the urban surroundings of west london's ladbroke grove. 'before,' katherine recalls, 'the city felt like a trap to us. like on the first album, we wrote 'devil in my mind', about feeling crushed by london. but as the title track symbolises, we've made peace with the city. maybe travelling gives you the space to counteract a city's impression, but a lot of blood speaks is inspired by london and by travelling.'
description from www.roughtrade.com