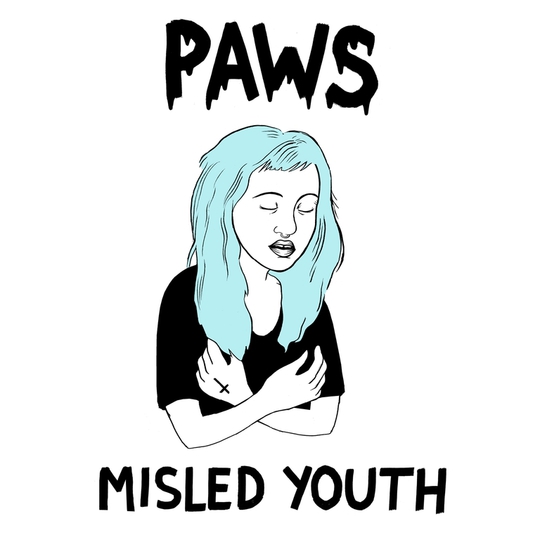 Oh great. Just as you thought it was safe to bring your award winning magnet collection out of storage, when some bright spark decides to initiate a revival of the humble cassette.

PAWS have chosen to mark their first release on FatCat Records with a run of 250 such relics from a bygone age, allegedly dug up by Tony Robinson during the never ending ruthless pursuit to bolster his vast personal haul of authentic Roman Spurcatus Ars. Yes, there will be download codes included so you can actually listen to the tunes. And yes, I understand that a limited edition cassette is a unique memento with a bit more character than your average ten-a-penny CD. But for all the hassle and associated impracticalities, if you really crave a bit of nostalgia you might as well release a Lada with download codes engraved on the dashboard with a screwdriver.

The Glasgow based garage band have built an impressive live reputation on Ritalin baiting, catchy, feedback lined pop songs. As you’d expect, the hallmarks of that live set are here. Unlike the aforementioned Ferrari of the Soviet Bloc, Misled Youth is fast. With five songs delivered in less than 13 minutes, evidently the trio don’t mess around. Scuzzy guitars and breakneck tempos fronted by the endangered species that is a Scottish vocalist who sings with an American accent that isn’t regurgitating imitation Bon Jovi B-Sides.

Surprisingly, in spite of all the energy expulsion, the highlight is the somewhat laid back ‘Linus Van Pelt’. Behind the feedback, distorted vocals and relentlessly restless thrashing about, it turns out that they have a few strings to their bow. Taking the collective foot off the gas highlights an emotional depth and maturity that could easily have been submerged. Don’t get me wrong the title track is a class, near-pubescent cherry popping two minute long wondrous rush of endorphins that finishes before it starts - I do love that kind of stuff, but I also love it when a band doesn’t write the same song multiple times.

There’s freshness and spontaneity in abundance here. Aside from opener ‘BAINZ’ the songs were written and recorded in a week, which is impressive and brave. When you consider that ‘BAINZ’ is probably the weakest track here you can only assume that they are evolving, which bodes well for the debut album release scheduled later this year. It isn’t perfect. The distorted vocal may begin to grate in longer doses, and there is evidently over 30 years of bands plying a similarly obtuse trade. But in the recent sea of checked shirts, unkempt beards and a seemingly omnipresent string quartet at every gig to add an extra crease to the average punter’s ruffled brow, you appreciate the simplicity offered by PAWS.

Misled Youth is definitely worth a punt. It’s probably even worth putting up with the bloody cassettes.