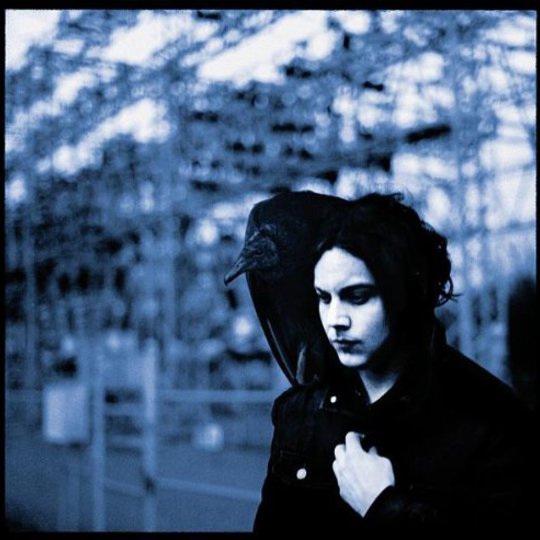 So the real question here is 'could Jack White’s solo debut Blunderbuss pass for a seventh White Stripes album?'

The answer is a 'yes', and erratic as the duo could be, I'd hope that with that summary I might be able to send a few short attention spanned readers off happily into the night.

For those of you sticking around for the long haul, I suppose the biggest fear about the prospect of a White (or Gillis or White III or whatever) solo record is that the yelping oddball who Saved Music™ a decade or so ago now seems to be a very much more grown up figure. In 2012 he is regarded with warm approval by the whole spectrum of the establishment music press, with any lingering doubts at his eccentricities probably smoothed over by It Might Get Loud, an unutterably boring looking documentary film where he, Jimmy Page and The Edge talk about guitars for ages

Then there is his recent musical output. In the five years since The White Stripes’ loopy last album Icky Thump, White has subsumed himself within the ranks of The Raconteurs and The Dead Weather, grown up bands full of earnest adults wearing plaid and denim that seemed a long way away from the fun Jack used to have with his 'sister' Meg. The music wasn’t catastrophic, but White came across as a vastly less interesting figure both personally and musically. Was it because of a desire to move away from the aesthetic furrow he’d ploughed with The White Stripes? Or was it because of some a mental block over continuing to do so without Meg?

Don't really care, because hey! Jack’s back, and above all Blunderbuss is an incredibly reassuring record. Certainly if you’ve drifted away from the man and his music in the last half decade but still harbour fond feelings for his old band then you won’t hate yourself for giving this thing a whirl. Indeed, the incandescent screeching and sheet metal guitar of ‘Sixteen Saltines’ is pretty much the song some people have been waiting for him to write since White Blood Cells days, and if it’s the hardest, punkest thing on Blunderbuss, it’s hardly out of place – opener ‘Missing Pieces’ growls in on the sort of fearsome mangled organ that propelled ‘Icky Thump’ and ‘Blue Veins’; ‘Freedom at 21’ crests in on a heavy low slung blues riff you could beat an elephant to death with.

Elsewhere there’s a lot of piano and some fiddle-drenched moments where you can feel the touch of White’s adopted home of Nashville – ‘Trash Tongue Talker’, ‘I Guess I Should Go To Sleep’ – but you could hardly call this an AOR record. There’s even a touch of the old ‘I Think That We Are Gonna Be Friends’ Beatlesy naivety here, in the form of the peculiarly titled ‘Hip (Eponymous) Poor Boy’.

If there’s no radical break with his past, there are some appreciable differences. Meg is missed; not as a drummer, perhaps, but her oddball vocal turns and the sense of Jack having a sparring partner have gone. The musical palette has widened to accommodate a full band (there is bass) but despite the additional players, White most definitely has the air of a man going it alone here. It’s certainly a grimmer record than anything he put out with his old band, with only the cornball rock’n’gospel of ‘I’m Shakin’ (on which he repeatedly declares “I’m noivous!”) coming close to approaching the WTF-ness of Icky Thump’s bagpipe tomfoolery.

Another reason for the grimness is the much remarked upon lyrics, wherein many of the tracks feature White snarling at a women who has done him wrong: “She don't care what kind of wounds she's inflicted on me, She don't care what color bruises that she's leavin' on me, 'Cuz she's got freedom in the twenty-first century” he mutters shrilly on ‘Freedom at 21’; “Sometimes someone controls everything about you, And when they tell you that they just can't live without you, They ain't lyin', they'll take pieces of you” he squawks on ‘Missing Pieces’.

These have been generally construed as attacks on his ex-wife Karen Elson or possibly even Meg, though I’m not sure it’s as simple as all that: grumbling about women is part of the idiom of the blues, something White is clearly A Fan Of, and while you can cherry pick the odd plum line to suggest he’s saying something or other about his marriage, it’s mostly cryptic or fantastic stuff: “You would sell your own mother out, And then betray your dead brother with another hypocritical kiss” he rages on ‘Hypocritical Kiss’, which is probably not a song about Elson (who sings on several of the record’s tracks). There is a palpable darkness about Blunderbuss, and one would assume a failed marriage and rock band would inform that, but to call this record ‘autobiographical’ would seem to be a certain lazy sort of wish fulfilment. I suspect this album is a window into his mood, but I seriously doubt it offers one into his mind and I for one am just fine with that.

So yes, Jack White: he’s been around for aeons now, is responsible for not one but two Dead Weather albums, was in a film with The Edge and your dad probably likes him. These are all perhaps reasons to assume the worst for Blunderbuss but god knows I almost feel guilty now at how low my expectations were. This is a hard, dark, inventive record that strongly suggests that give or take an imaginary sister and some fiddles, Jack White is pretty much the same boy we've always known.