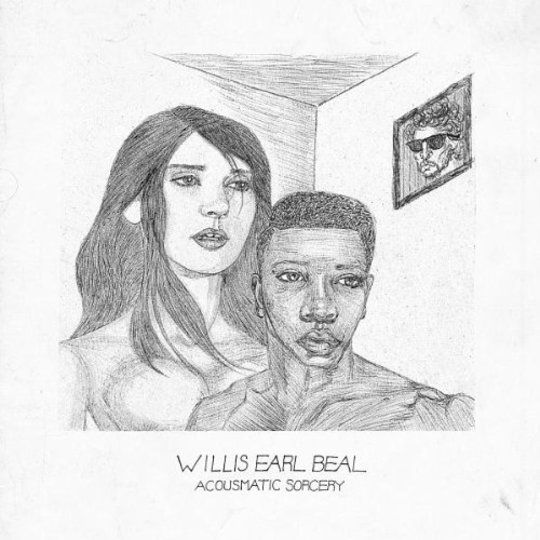 I took my mum to see Willis Earl Beal recently. Part way through his set, as he chugged on a bottle of Jack Daniels, I caught her looking at him with the very same look that she’s supposed to save for me, her only daughter. It’s her ‘I do worry about you drinking too much’ look. The look that never dies.

"I think he’s troubled" she says to me.

She’s concerned about him falling off that chair he’s stood on, I can tell. Because of the Jack Daniels. This isn’t the time or the place for debate.

As the gig ends, I talk to a friend. In the corner of the room, Willis Earl Beal is hugging my mum. I leave them to it. They look like they’re having a moment. As we walk back to the bus stop, she sighs; says she’s worried for him. Momentarily, I morph into some kind of grown-up-hipster version of Kevin the Teenager.

“Oh God, mum, pleeeease tell me you didn’t tell him you thought he was troubled?”

‘Well of course he would!’ I screamed inside, ‘he’s a performer, he wants your sympathy, your attention; it’s all part of his plan! You fell for it’

It wasn’t until I woke up the next day and had processed the performance in my sleep that it really resonated with me. During that Jack-drenched 40 minutes or so, Willis Earl Beal had – quite genuinely – reminded me of a young Patti Smith; the passion, the fervour, his delivery, the sense of a desperate soul, trying to break free from convention. That’s a pretty bold claim, for sure.

Acousmatic Sorcery, though, is not the finest showcase of Willis Earl Beal’s appeal. But then Willis Earl Beal’s appeal isn’t really the kind of thing that you can bottle and take to a pressing plant, fingers crossed and hope for the best. Kicking against all commercial principles, you have to wait until the second track to hear Beal’s voice; howling a dustbowl-blues number, in which he calls out to his Lord, apparently unheard. The scratchy backing tracks and lowest of the lo-fi recordings do little to enhance his songs; they carry a similar vibe to the scuzzy ramblings of Roky Erikson, when he used to sit in that room full of televisions. Unhinged.

That said, there are some beautiful moments here. ‘Evening’s Kiss’ shines for its simplicity, its melody unfolds like a familiar jumper: “gazing at the phase of an overcast day / watching rain fall from a dim café,” he sings as the reel to reel tape skips a beat and makes the final cut, gentle heartbreak developed in sepia tones. It’s just that it’s hard to figure out exactly what Willis Earl Beal is trying to achieve here. He can sing, we can hear that. He’s a passionate lyricist; that also becomes clear. Musically, though, the accompaniment can often sound like a weary after-thought. Like a beat poet trying to keep up with the modern music scene, or even trying to keep up with the very idea of music itself.

There’s a very real and very intriguing complexity to Willis; a reason that he’s attracted the attention that he has, thus far. Acousmatic Sorcery, though, displays all the signs of an artist trying to pull in too many directions at once. There are moments worth latching on to but for the full effect, go stand in a club with him and watch him perform.