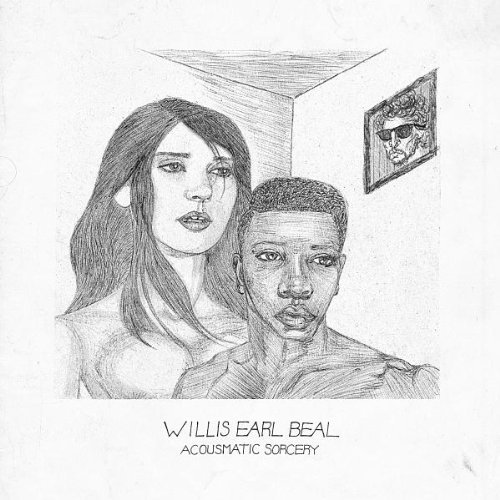 Acousmatic Sorcery displays all the signs of an artist trying to pull in too many directions at once.»

after years of toiling in obscurity, hot charity / xl recordings release beal's debut album, 'acousmatic sorcery'. the album's 11 songs are taken from a series of recordings beal made while living in albuquerque, new mexico. after living in the chicagoland area for his entire life, beal felt compelled to be near the desert, an idea he had long romanticized. "the desolate atmosphere was always in my head," beal says. he arrived in albuquerque without a plan, a place to live, or enough money to live off of. he lived on the streets while trying to land a job and began singing to help him cope while sleeping rough. he spent days drawing and printing up his flyers, distributing them all over his new city. eventually beal found work as the night porter at a motel.
description from www.roughtrade.com