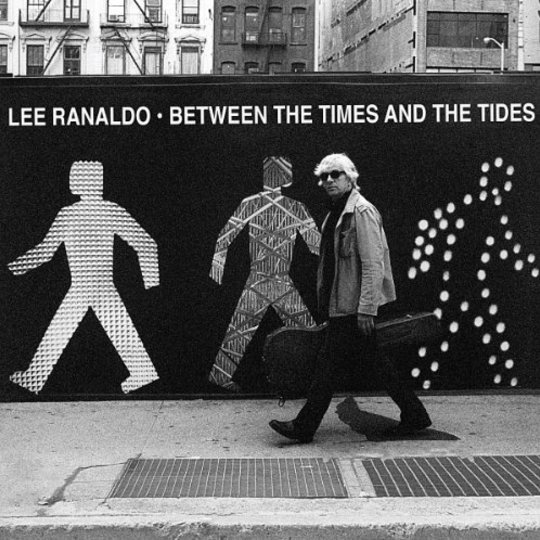 “… it's not a great disaster. People keep talking about it like it's the end of the Earth. It's only a rock group that split up, it's nothing important. You know, you have all the old records there if you want to reminisce.” John Lennon

Desperate to maintain some grasp of perspective, I strove to keep Lennon’s words in mind as I soaked the front of my Goo t-shirt by weeping over the separation of a couple I have never met while listening for the fourth time in a row to the entirety of Daydream Nation (double CD deluxe edition).

As if to playfully insinuate that Sonic Youth were the best band since the Beatles, Between the Times and the Tides is bookended by tunes referencing the Fab Four. Lee Ranaldo provided the vocals to Sonic Youth’s cover of ‘Within You Without You’, and the opener here (‘Waiting on a Dream’) acknowledges his reputation as SY’s George Harrison with its Eastern-tinged guitar line and vocal melody, although perhaps the line “I know the secrets that you dream / Yr upside down and painted green” is more Lennon-y in its psychedelic surrealism. Final track ‘Tomorrow Never Comes’ cites the classic Revolver finale with both its title and its sound; Jim O’Rourke provides the looping bassline and Steve Shelley’s beat asserts the drummer’s status as the alt-rock Ringo (This is entirely complimentary. Ringo is brilliant for copious reasons I do not have space to list here).

Like Lennon/McCartney’s neglect towards Harrison, it always seemed rather unfair that Ranaldo was usually given just one SY track per album on which to sing. This injustice became increasingly apparent on the more recent records, where Lee’s tracks would always be among the highlights (‘Paper Cup Exit’, ‘Rats’, ‘What We Know’) while Thurston Moore took up valuable space with the lazy ‘Thunderclap (For Bobby Pyn)’ or the complete embarrassment that was ‘Sleepin’ Around’ (“Sleeping around / Sleeping around / What will the neighbours say?”).

In a recent interview Ranaldo seemed as baffled as everyone else by this, offering the explanation “I don’t know… I think to some degree it was Thurston’s initial concept of the band and I really just deferred to [Kim and Thurston] as somehow stronger singers in a way, or just more dominant singers.” Reading this, I like to imagine Thurston in competition with his pal J. Mascis over who can be the most laid-back dictator in history.

It’s also surprising that Lee hasn’t done a solo ‘song-based’ album before (though he has released his fair share of experimental tape-loops, fuzz-backed poetry and white jazz noise). Between the Times and the Tides is advertised as his first ‘rock album’ which makes it sound more abrasive than it is, although it packs more of an aural punch than Thurston’s latest Beck-helmed Nick Drake tribute album.

The songs here were born out of a 2010 solo acoustic tour, but only a couple of the tracks remain primarily acoustic. ‘Hammer Blows’ has a Bert Jansch-y folkishness and ‘Stranded’, like some of Stephen Malkmus’ recent output, strives to evoke Neil Young at his most yearningly hung-over. Most tracks, however, are fleshed out by Shelley and other seasoned players such as Alan Licht and Nels Cline. On first listen, ‘Off the Wall’ and ‘Angles’ are the stand outs. These are the poppiest tracks, but they also have depth; the lyrics of ‘Off the Wall’ merge political turmoil and unrest with the personal crisis of a relationship breakdown. Another highlight is ‘Fire Island (Phases)’ with its mixture of Grateful Dead/Crazy Horse lead guitar, retro organ, lap steel, hippy tune verses and, towards the end, an oddly smooth Steely Dan vibe.

‘Lost’ floats dangerously close to REM territory thanks to the Stipe-ish tone to Lee’s voice and its general jingly-jangliness. Both ‘Xtina as I Knew Her’ and ‘Shouts’ feel a little meandering at first, but both improve with repeated listens.

If Sonic Youth really is over, we’re still going to be okay. We have the old records, and the material each member will produce independently is going to be of a high standard, just like this is. Perhaps it’s time to start getting over it, try to move on, and eagerly await Kim Gordon’s version of Wings.