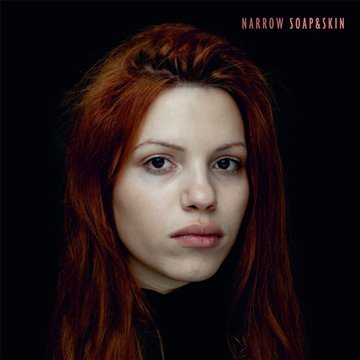 Prepare to bow down to the new Queen of Singing Sad Piano-Based Songs.»

deluxe digipack cd. the expression 'an old soul in a young body' has been attached to anja plaschg, aka soap and skin, more than once and, as she releases her new, entirely self-played and produced mini-album, 'narrow', she again sounds wise beyond her years. when anja plaschg's father died suddenly of a stroke just a few months after she released her troubling, cathartic debut album 'lovetune for vacuum', the gifted young composer was thrown into a world of hurt that we as outsiders and listeners can only imagine. her new mini-album 'narrow' channels that pain and extreme sense of loss into seven new songs plus a cover of 'voyage voyage' by cult '80s popstar desireless.
description from www.roughtrade.com