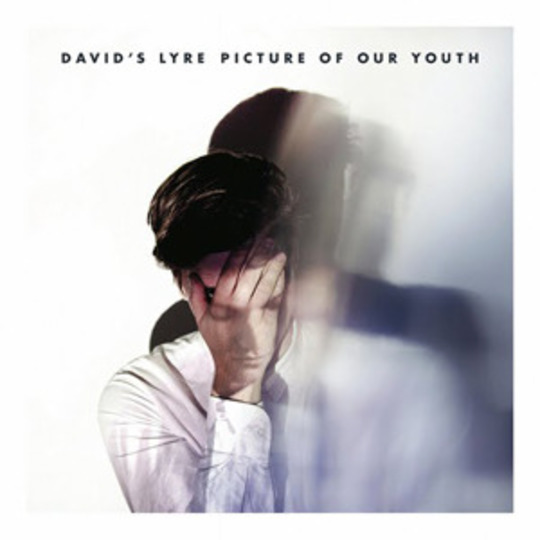 Just as David’s Lyre (aka Manchester’s Paul Dixon) releases his full-length debut, it’ll be the last anyone will hear of him... in this incarnation at least.

Dixon recently wrote to fans: 'I remain grateful for the opportunities and patronage given to me, but it is evident that the natural tension in the relationship between art and business within the music industry is strained. I join an ever-expanding group of artists who are opting out of this model. I leave you Picture of Our Youth and hope that you choose to journey with me into my new projects and beyond.'

It’s a testament to Dixon that, despite being the main driving force, David’s Lyre never is a self-indulgent, ego trip. I had the pleasure of seeing the talented multi-instrumentalist live last year and the stage masks he and his band wore had an allure which spoke lots about Dixon’s raison d’etre. In past interviews, he spoke about his dislike of the spotlight and a belief about being so much more than the main face behind David’s Lyre.

It’s this air of mystery that permeates often throughout Picture of Our Youth. Co-produced by Dixon and recorded over 12 months, POOY personnel is impressively comprised of Luke Smith (Foals and Slow Club), Tom Fuller (Patrick Wolf) and Gareth Jones (Grizzly Bear and These New Puritans). Dixon’s preceding EP In Arms drew comparisons with Patrick Wolf thanks to its quasi-mythical descriptions of earthly surroundings and its partnership of rustic instrumentation (harps and lyres notable) with electronic blips and bleeps.

Here, those mythical portrayals are still present but in a more romanticised light. Dixon often references the loss and destruction of an untouched paradise around him and comforts a supposed romantic interest with the hope of reclaiming that land. The identity of the interest is never made explicit but Dixon’s own resentful and wary monologues paint a perfect enough picture of this seemingly untouchable, fairy-tale like setting and the effect is no less enchanting.

On ‘Heartbeat’ a lonesome ukulele follows Dixon as he fails to chase his own ambitions (“All of these dreams that I have searched lie over the mountain / But the sun on my skin makes me want to stay.”) before war drums shatter the tranquillity. “I hear my hearts cry into my head, my hands, my feet / … for this place is changing / A shadow of what I will claim,” Dixon gasps on ‘English Roses’ as he sounds as uncertain as the track’s dreamy state. “We were thinking about this world we made together / Time will come back around this time / This time I’ll say I love you”, he declares on ‘This Time’ as he enters a love pact where “We’ll run until our heart’s life beat is done,” on the lucid trickles of ‘Piano Song’s glacial keys.

Elsewhere, emotions turn suddenly as if Dixon has fallen victim to the mischievous hand of Shakespeare’s Puck. Opening with melancholy “Oooohs” (a mix between James Blake and Antony Hegarty) on ‘Picture Of’, Dixon finally loses all hope as he emptily surrenders: “I can’t afford the fighting”. Affectionless, he dejects: “It’s calm in the wild but still I won’t come to the depths greet you / Now that I finally feel I’ll rise from the pit that’ll soon defeat you" throughout the suffocating air of ‘Only Words’, an icier version of Warpaint’s ‘Bees.’

It seems Dixon has been drinking from the Lake District’s waters too. Hints of Wild Beasts’ Smother flows through ‘These Trees’ as drizzling harps caress lilting guitar melodies. Here Dixon attempts to rediscover himself, claiming to: “Seek out the man I used to know…I long to overthrow my fears,” whilst ‘Hidden Ground’s themes of rejection (“We’re never turning back to the place that we’ve come from.”) aren’t too dissimilar from the venom of Kendal’s finest.

Portrait of Our Youth is deeply hopeful and bitter, but still quite inviting. The juxtaposition between Dixon’s naïve hopes of returning to familiar places untouched, and the realisation it’s not so simple, is more dramatic than any soap opera. It’s a shame David’s Lyre has to end, but whatever name Paul Dixon uses next, hopefully it’ll be just as brilliant.