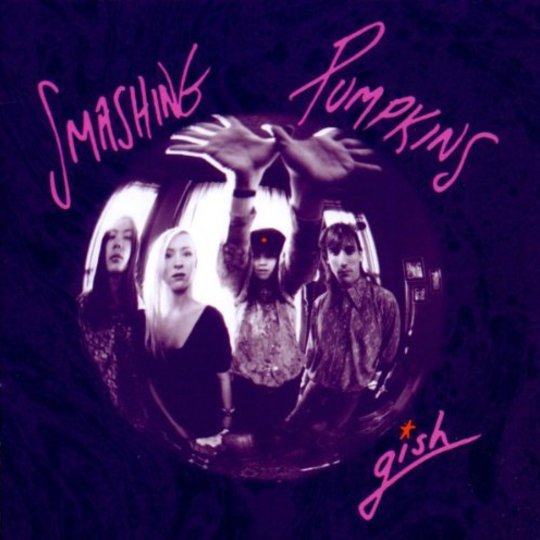 For a moment, let’s put talk of line-up changes, wrestling leagues and teargarden kaleidyscopes to one side, and cast our minds back to The Smashing Pumpkins in 1991. Okay, so I was three years old, but having spent my teenage years obsessing over Pumpkins bootlegs and rarities, let’s also put aside the unfortunate year of my birth. Released four months before the meteoric success of Nirvana’s Nevermind, The Smashing Pumpkins' debut album, Gish, was an oddball surprise-hit representative of a peculiar period of musical history. This was an album of outsider music with stadium-filling sonics, and wall of sound psychadelia with genuine intimacy. It was the tangible proof that the music industry might just have a space for your weirdo subculture.

Not everyone agrees, of course, and some members of the indie community would accuse the Pumpkins of careerism and conforming to popular sounds. Most notably Steve Albini, who, in a letter to the Chicago Reader, described the band as the REO Speedwagon of the generation. Stephen Malkmus was also unconvinced by the band’s status, famously referencing the band in the song ‘Range Life’. But the Pumpkins’ supposed alternativeness, or lack of, is really by the by, as Billy Corgan’s songwriting during this period still stands up remarkably well today. Because for all Albini might have had to say about the Pumpkins' music being stylistically appropriate for the time, history has shown that Corgan will basically do as he pleases. If this involves sacking his band members and writing an unwanted synth-pop solo album, then so be it, but in 1991, the year that punk broke, he wrote big choruses and chugging rock riffs.

There is more to the Smashing Pumpkins story than just Billy Corgan, of course, but not a whole lot of it is massively important. With the possible exception of supremely talented drummer Jimmy Chamberlain, the band basically pandered to Corgan’s vision. In fact, according to Gish producer Butch Vig, the majority of the final guitar and bass parts were also recorded by Corgan. He was a control freak, certainly. But while this element of his character would eventually split the band in two, it’s also the thing that makes Gish so special. Every aspect of the record sounds so incredibly measured; from the perfect bass and drum grooves of ‘Bury Me’ and ‘I Am One’, to the euphoric outbursts of fuzz guitar on ‘Snail’ and ‘Rhinocerous’. With this attention to detail Corgan would probably do a great job of producing other people’s records, and while he would briefly dabble with this, his natural position is firmly in the front seat.

Although Gish would inevitably become tarred with the grunge brush, in retrospect this seems mostly due to its proximity to Nevermind, and the fact the two records shared a producer. The Smashing Pumpkins had sniffed around the Seattle movement, even releasing ‘I Am One’ as part of the Sub Pop singles club, but they would never truly belong to that or any other scene. While Kurt Cobain was an obvious poster boy for whatever the hell was happening in the early Nineties, Corgan, with his nasal vocals and hippie attire, was a different kind of frontman. Although Gish has its share of rifftastic headbangery, it also has its delicate songs, its weirder moments, and the kind of guitar freak-outs that I probably shouldn’t feel quite so comfortable enjoying. In fact, if The Smashing Pumpkins are to be held responsible for the conception of anything, then it’s probably the third-generation emo scene that began to explode in the late Nineties. Pumpkins tribute CD The Killer in You is as good a testament to this as any, but perhaps the less said about that the better.

Before I run of space entirely, let’s try and squeeze in some of the record’s highlights. The album’s only official single, ‘Rhinoceros’, is certainly one of those. By today’s standards, it’s a pretty wacky introduction for a band essentially running out of a major label, but there’s something completely mesmerising about this extended, six minute plodder. It’s a song that has remained a set staple throughout the band’s career, and for them to have put out one of the album’s more instant moments as a single would somehow have seemed unrepresentative of the Gish sound. Best of all perhaps, is ‘Snail’. It’s got everything I want in a Pumpkins track, from its terrific use of space, to the gorgeous melodies and all-consuming guitars that trace a soon to be trademark loud/soft dynamic. While still feeling completely at home on Gish, ‘Snail’ is perhaps the biggest indication of what they’d go on to make with Siamese Dream.

As for the deluxe aspects of this release, the record sounds about as good as it always did. I mean, the re-mastering here seems pretty redundant for an album that sounded so good to me originally. What this version does bring, though, is a great collection of demos, live versions and b-sides packaged in a shiny purple box. For me, The Smashing Pumpkins were always a band that delivered in this area, with some of the band’s very best work hidden away in the depths of the archives. Particularly attractive gems unearthed here are the raw Reel Sessions version of ‘Bury Me’, fan favourite ‘Drown’ (complete with extended solo), and a version of ‘Daydream’ in which Corgan replaces D’arcy on lead vocals. There’s also a DVD of a full performance from Chicago’s Metro taken in 1990, including yet more rarities in reasonable enough viewing quality. Oh, and finally, there is a Polaroid of Billy Corgan’s face, as well as some of the other band members. Y’know, to stick on your wall or something.

The Smashing Pumpkins were probably the last ‘favourite band’ I ever had, and yet, prior to writing this I hadn’t listened to Gish for several years. Under re-examination, it’s a welcome surprise to find it in pretty much the same condition I left it in, neither aged nor made any more significant by what followed. Much like my relationship with Weezer, it’s comforting to know that whatever The Smashing Pumpkins look and sound like in the present day, Gish will still exist as a time capsule remaining in pristine condition.