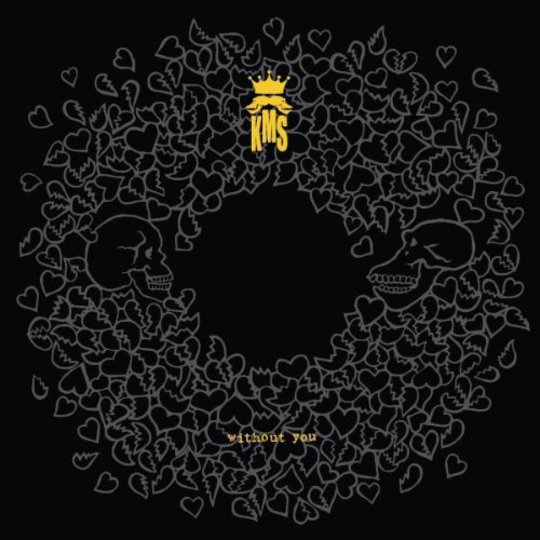 “Chaos reigns” were the words of the self-disembowelling fox in the film I watched last night. With its darker-than-night themes of grief, guilt and despair, its anarchic narrative and its incredible cinematic beauty, Lars von Trier’s Antichrist does share some common ground with the music of King Midas Sound, one of the guises of musician/journalist Kevin Martin, who released his/their debut long player Waiting for You back in 2009.

It was a chilling album, if something of a throwback to the Nineties trip hop scene, reminiscent of the likes of Portishead and Death in Vegas and yet sounded perfectly contemporary. If not unpleasant, it wasn’t an easy album to listen to; nonetheless, underneath its twisted sonic limbs were enough hooks and wry pop culture references (lines lifted directly from Elvis Costellos ‘Love Went Mad’) to make it an interesting and worthwhile addition to any musicophile’s late-Noughties record collection.

So just one album in, it comes as a slight surprise that follow-up Without You is a remix album rather than new material. Such endeavours tend to be inessential, which always tends to detract from the merits of the music when it comes to assessing the record.

The quality of the original songs is not really an issue on Without You. The 13 tracks on the original album (now expanded to 17) all had enough going on to keep the listener interested without tipping over into an inaudible mess. Things only start to drift when the guest artists decide to stray into more minimalist territory such as on Rob Lowe’s (no, not that one) murky rework of ‘Goodnight Girl’.

The album is certainly more successful on the higher-tempo numbers such as Ras G and the African Space Programme’s hip-hop influenced remix of Waiting for You’s standout lead track ‘Cool Out’. Fortunately the majority of the record is of this ilk, and the influence of the likes of remix album-staple Flying Lotus courses through its pulmonary veins whilst the shadow of NEU! and Can continues to loom as largely over this album as any of Martin’s previous work.

Ultimately, though, remix albums work best in small doses, á la Thom Yorke’s Spitting Feathers, and Without You does add weight to the argument that such projects should be limited to EP status. There aren’t quite enough ideas here to sustain a 17-song LP, and despite being a not-unreasonable hour long, it’s a struggle to listen through the final few tracks. You also have to question why Martin felt the need to include four interpretations of ‘Goodbye Girl’ and yet only one of the much stronger ‘Cool Out’. It detracts from the coherence of the album, and leaves you wondering how much more mileage King Midas Sound has.