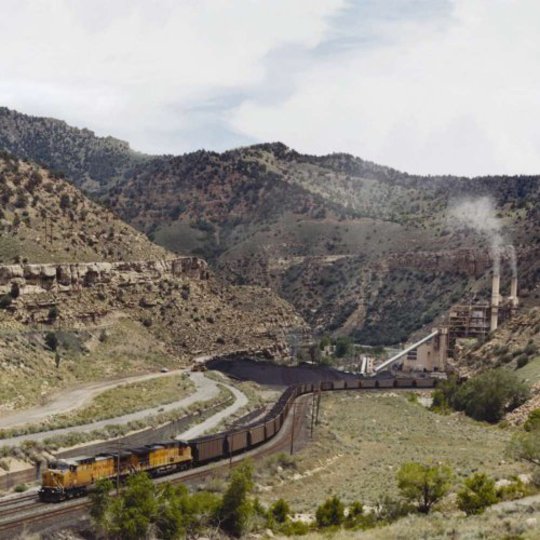 Despite peddling a backstory to rival the complete memoirs of St Francis of Assisi, the debut LP from East Nashville-born Luke Roberts - reissued here, a year on from its original release, by Chicago’s inimitable Thrill Jockey label - is a distinctly unremarkable thing. Necessarily slight, it spreads itself thin over nine desert-questing hobo-songs and its twiggy branches bear nary a chorus nor remarkably fruitful melody. “Every time I try to add a second part in one of them I think, ’man, that’s cheesy’”, he divulged to the record’s producer, Harvey Milk drumming man Kyle Spence. Roberts actually sings like a whiny Wayne Coyne being told that his least favourite cat has just been run over, while the occasional Brooklyn dweller’s homespun playing technique is consistently offset by a knack for half-arsedly scuffing up notes milling about the outskirts of his raggedly enchanting fingerpick-mantras. And yet, though Roberts’ ditties pride themselves on being not flagrant or especially well-honed, you have to admit Big Bells & Dime Songs - the title itself a peculiar oxymoron of impoverished ambition - is a record of hard-bitten character. Hardly surprising, all things considered.

Let’s pull back and have a wee perusal of his brilliantly batshit childhood baggage. Although raised in Nashville by an intact family, young Luke Roberts, a caution-to-the-wind, fast food-lovin’, free-spirited kinda lad, spent a short vacation - unplanned - in the West North Carolinan mountains. What we know is that this was the result of his father dumping the wife and kids inside a secluded cabin (he ran away shortly after) in what has been described, not unfairly, as a criminal kidnapping. It’s true that the three victims were rescued by a troupe of do-gooders assembled from members of their local church - but, understandably narked off with the whole affair, Luke upped sticks some time down the line to cling perilously with a boy called John to a rickety cargo train careering somewhere far enough off that those deep Nashville blues were terrified to follow.

It would, of course, be doing something of a disservice to the guy to lend too much weight to Roberts’ background. While sometimes left wanting for redeeming bells and whistles, where Big Bells & Dime Songs sporadically strikes gold is its distillation of tumbleweed folk Americana. Far and away highlight ’Epcot Women’ is the kind of fragile heartwarmer you’d like to find playing out the closing credits to some lost Little House on the Prairie spinoff, drifting in as a fuzzy camera pans across the barren landscape of a dusty American mini-community. That’s fundamentally interesting, I think, because where such theme songs are typically shallow, easily liked and tending only to hit the mark by way of association with something much bigger and more familiar and better emotionally dispersed - ie. a nostalgic telly show - Roberts’ own dramatic aid is his non-fiction: the image is of a lonely guitar tinkering along the endless railway line, nowt cresting the gaping horizon but for the odd frame of backing band embellishment stealing into the spotlight; and on paper this perhaps makes Big Bells & Dime Songs a sparse, modern troubadour update on Ry Cooder’s heatwave-shimmer soundtrack to Wim Wenders’ Paris, Texas.

I happened to be reviewing Cass McCombs’ Humour Risk parallel to Big Bells & Dime Songs, and found it ironic that while Roberts’ style is rigid and repetitive, not necessarily brave, witty, wise or anything else you’d traditionally look out for in a non-boring, non-nu-folk, indie-credible singer-songwriter, it’s fifth album McCombs who comes out less warmly personable, less endearingly daggy and less compellingly spiritual than the hard-eyed former. Deep as a single-shot of house whiskey, admittedly you might not be reaching straight for this when your dad’s giving you five minutes to gather your shit before hossing you roughly into the boot for an impromptu holiday. And er, you might fairly scratch the Francis of Assisi comment from the first paragraph. But you know, at least now - in theory - we have in kidnapgate a narrative more structurally substantial than the boy Vernon’s woodhut story-thing to chatter about in 2011. Just can’t help thinking all this would’ve been better suited to the provenly successful format of a rock opera. Someone should tell him to do a rock opera.