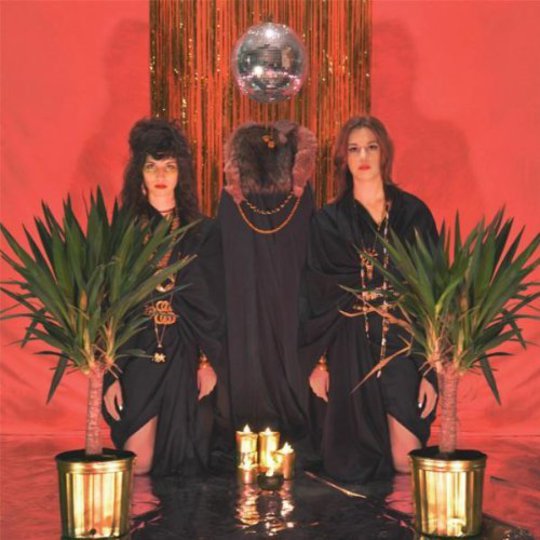 The concept that art flirts dangerously with ridicule should be no surprise to anyone who has ever drawn, sculpted, played or vocalised their creations. Art is about expression: an expression of yourself, your thoughts and your feelings through your chosen medium. Naturally, this requires a degree of risk – are you ready to risk sticks and stones for the sake of your art? No-one ever moved culture forward on by sticking to the straight and narrow and with greater risks come greater potential rewards.

Unfortunately, it doesn’t always work out that way. And when an artist attempts something outlandish with misconceived confidence or ability, the repercussions are often dire. Like a circus performer who misses their target and falls in a heap amidst a combination of bloodied pride and unforgiving laughter, there is no hiding place when you fail. And the fundamental problem with Prince Rama’s attempts at doing something unique is that their execution is so woefully wide off the mark, their creative reservoir so low-lying on the banks that you end up shaking your head at its continually misplaced pretension.

Prince Rama take Eastern musical principles, scales and themes and attempt to fuse them to ambient, loose-form sound pieces. The aim is to marry ancient mysticism to psychedelia and 'the archetypal language of pop'. An interesting concept, for certain. Unfortunately, what actually transpires is a morass of indecipherable noise rather than anything articulate. Opener ‘Rest in Peace’ is a blend of glockenspiel, drums and bass-heavy synth, momentarily interesting but rapidly becoming tedious as they find as many ways as possible of stretching a single idea. Pop doesn’t do this, pop evolves. ‘Summer of Love’ starts with two minutes of chanting before blending into another identikit series of motifs. And thus the pattern is set: chanted vocals and repeated phrases, all backed by understated keyboard and cyclic rhythms that alternately nod towards the east and krautrock. But nothing is ever explored beyond the outlines. After a while, it starts to sound unintentionally comedic, especially during the repetitive chanting of the title at the start of ‘Trust’, during my first listen of which I began hysterically giggling. And unless you’re listening to a Richard Cheese or Tim Minchin record, that isn’t a good sign.

Thing is, much of this could be forgiven if the metabolism of the record wasn’t so stultifying, stumbling from track to track with little or no change in dynamics or tempo. There are fleeting moments of frisson; a hint of something that might have been but these are few and far between. The tragic flaw of Trust Now is the sheer lack of innovation shown beyond merely piling influences one on top of the other. There’s a bit of synth here, a quickening of a beat there but aside from that, you are left with little more than the album orbiting ponderously around your head for 35 minutes. And before anyone tries to lecture me that I don’t understand this sort of music, I do. I love minimalist, subtle electronica and ambient works. I adore Bollywood pop and classical raga pieces. I’ve got racks of psychedelic vinyl. But this album contains none of the charm and depths of that which it seeks to emulate and meld. And what mortally wounds Trust Now is not the type of music on display but the crushing lack of soul, honesty and purpose on display within: the band appearing to exist purely for their own selfish drive and purpose rather than any more altruistic cause.

To throw some dog-eared positives towards Trust Now, there are points on the record where you hear something and think “that might have become something”. ‘Portaling’ for example, is the one track where they infuse a degree of colour and shift the prevailing gear, offering an insight into where their sound could be better channeled. But again, the track ends up floundering and unexplored. ‘Incantation’ has a few semi-decent ideas but they are too clumsily forced together to result in anything succinct and the one-dimensional ‘Golden Silence’ that closes the record is instantly forgettable. The immediate response on the conclusion of Trust Now is a mixture of blessed relief and sheer bafflement. Is that really it? No last minute saviour? None arrives. The building burns to the ground; we all stand around nonchalantly scratching our heads.

I’m sure there will be those who discover something profound and articulate in this album after several strong joints, sat in a rose petal strewn bath with overpriced incense burning. But objectively, it is so far lacking in any modicum of passion, soul or relevance that you might as well be listening to an Enya record. Possibly the most chin-scratchingly pointless record of 2011, this album is not about not art as much as 'will this do?' new age self indulgence. Music should be served with substance, texture and mysterious, intense and lingering flavours. This is a piece of chewed-out gum; with no viable nutrition, no flavour and no joy. Do yourself a favour and spit it out.