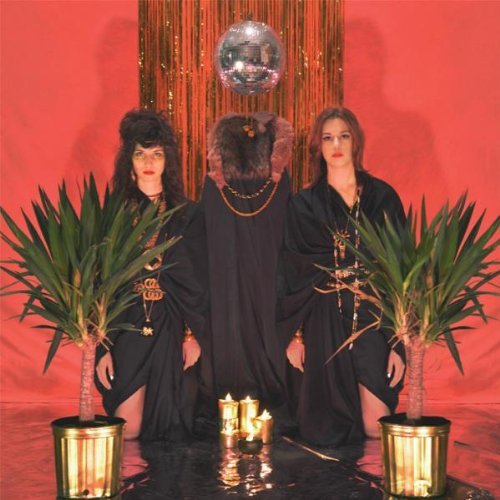 A piece of chewed-out gum; with no viable nutrition, no flavour and no joy. Do yourself a favour and spit it out. »

vinyl with download. trust now' is the keystone album of brooklyn's prince rama. the album takes the kaleidoscopic mysticism of ancient devotional music and focuses it through the fierce urgency and archetypal language of pop, forming an environment that is both accessible and impenetrable. deep synths rise from a sparkling sea of gamelans and prayer bells as tribal drums pound the earth with the hypnotic power to heal or destroy. voices carry captivating and haunting melodies that shine like the diamond jewels of old bollywood soundtracks spilling over dark wave dance floors. first conceived as a ritual to be performed live, the songs were fittingly recorded inside a 19th century church in seattle by scott colburn (sun city girls, animal collective, arcade fire). as their 5th full-length album, and first as a duo, 'trust now' is perhaps prince rama's most focused, cohesive and powerful album to date.
description from www.roughtrade.com