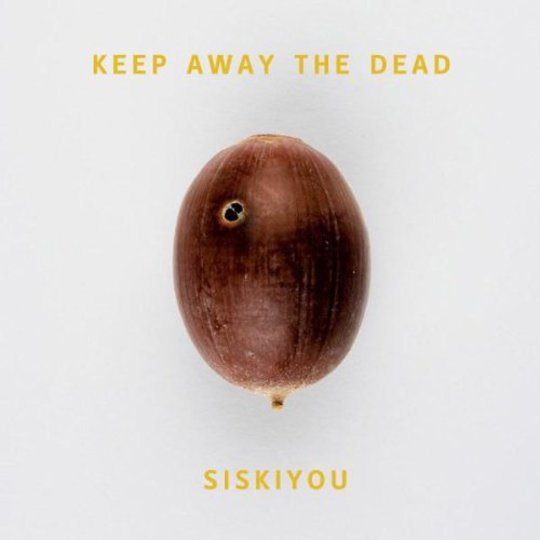 Siskiyou’s debut album Keep Away The Dead carries with it a haunted, restless and desolate aura throughout the course of its ten tracks. Its sparse and exiled feel evokes images of walking through a bleak landscape with dead trees, barren tundra and the occasional piece of shelter to huddle into for warmth. In sound and theme, it is a record that nestles somewhere between Bon Iver’s For Emma, Forever Ago and Arcade Fire’s Funeral in how it seeks to blend rustic solitude with moments of frustration expressed instrumentally. Clearly, these are two daunting peaks to attempt straddling and it’s certainly fair to say that Siskiyou don’t quite reach those summits, but for much of the record, they comfortably manage to maintain their position on the upper slopes.

It’s a chilly, nervous record, but one that offers a degree of hope to the listener, with lead singer Colin Huebert’s vocals providing a running commentary of his travels and travails. His voice is an unusual and intriguing one, fluttering like a leaf one moment, corrugated with sorrow the next. The perception of many listeners will hinge on whether you find this fragile whimsy profound and touching, or twee and diluted. Thankfully I’m in the former catagory – it carries an understated sense of grief and dignity that helps to cover the songs with a shroud of authenticity.

The songs themselves are found at a crossroads between alt-country, lo-fi atmospherics, folk music and sweeping orchestral rock music. In creating a unique sound, they succeed rather admirably. There’s a delicate and considered touch to the record, most prominently featured in the lonesome echoes and melting layers of ‘Where Does That Leave Me Now’ (arguably the best track and the one where Siskiyou most strikingly realise their predilection for sumptuous slow builds and overlapping melodies) and the gorgeous waves of ‘So Cold’. The sudden explosions of sound in ‘Twigs and Stones’ are pleasingly reminiscent of Bright Eyes and a ragged-trousered Band of Horses and though covers seldom warrant a place on any new record unless they’re twisted and brutalised into something wildly different, their take on Neil Young’s ‘Revolution Blues’ is genuinely haunting and bristling with trip-wire paranoia.

But while there are many significant, pleasing and laudable attributes to Keep Away The Dead, Siskiyou’s paintbrush and vision doesn’t stretch to successfully covering the whole record in vivid colour: it is certainly a record of two halves and it noticeably wanes towards its conclusion. Much as their sound is deftly crafted, it does become foot-shufflingly samey after a number of tracks, suggesting a band who have spread themselves too far and too soon to produce the truly coherent record that their talents clearly warrant. ‘Dear Old Friend’ for example, seeks for some sort of sedate and poignant wisdom but ends up swaying rather aimlessly along for four minutes with little more than a wistful guitar break to really show for its endeavours. And ‘Not The Kind’ is beautifully constructed and lushly decorated, but you’re left frustrated in waiting for a gear change which sadly never quite arrives. In fairness, the sense of disappointment stems more from a lack of great ideas rather than a surfeit of bad ones, but on an album lasting barely 33 minutes, it proves difficult to pin your colours to the tracks when they gradually appear to be blending rather anonymously into each other beyond the midway point of the album.

There is plenty to be impressed with about Siskiyou and the suspicion is that with a few more songs that show a divergence from their usual path and a willingness to puff their chests out and explore more divergent paths, they could easily shift from good to great in no time at all and end up producing something of genuine merit and wonder. As it is, Keep Away The Dead is an intriguing, occasionally inspired record that ultimately doesn’t reach the heady goals it sets for itself, but does succeed in at least trying to stretch towards a loftier goal.