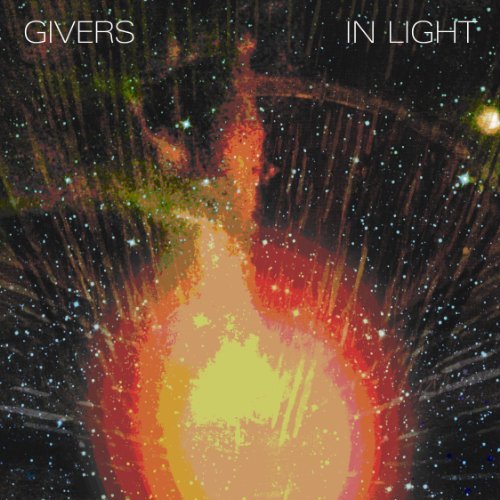 Essentially then, there’s a whole lot that’s good about Givers. Enough to make you think this debut record won’t be their best by quite some distance.»

givers' debut album 'in light' is the most rewarding and joyous album you'll hear all year. the lafayette, louisiana-based five-piece are nothing short of ebullient, tying together ecstatic ribbons of melodies into songs that leave you no choice but to smile upon hearing them. in understanding givers, it's helpful to think of a constellation, a configuration of points that, when placed in succession, led to the band's brilliant debut. the metaphor proves particularly useful given the name of their album - 'in light' is a collection filled with uncontainable brightness, buoyed by constantly evolving rhythms, warmed by spangling guitars, and illuminated by the melodic altruism that is the band's mission statement. mixed by ben allen (animal collective, deerhunter, cee-lo) as well as chris coady (beach house, grizzly bear) and produced by members of the band along with friend and engineer korey richey, 'in light' is as complex as it is enjoyable. it is a record that is as unique as the sounds of the state in which the band lives, and givers themselves.
description from www.roughtrade.com