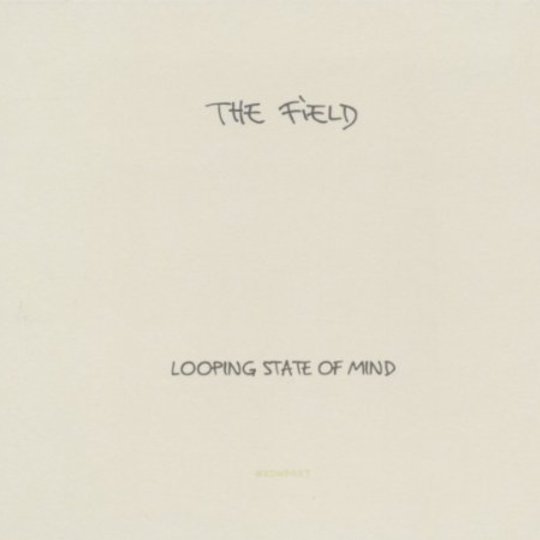 Back in 2007, The Field’s debut album was a welcome escape. An emissary from the strange, chilly world of minimal techno, it broke comfortably into the mainstream, sitting pretty near the top of year-end lists, wreathed in blushing praise. An evocatively sparse record, it wrapped a warm, soothing blanket around even the most beat-averse listener.

Now, after the generally well-received Yesterday and Today which flirted with both slow-burning pop and monstrous, escalating long-form techno, Axel Willner has returned with his third record, Looping State of Mind. And it is wonderful.

While his second album polarised opinion to a degree, Looping State of Mind seems destined to be as universally loved as his first. This is no doubt in part because of a return to the ‘purer’ techno of From Here We Go Sublime, combined with an overall deepening of his sound. That lulling, glacial quality remains, but it feels more refined, more mature. The tracks here are more lush and crowded than those that came before, sometimes to the extent that ‘minimal’ techno seems like a misnomer, and it feels fair to add a second genre in brackets - house. As well as that, the structures here are more varied and less abstract than those of ...Sublime. Indeed, at times a faint hint of the dance floor is evident, somewhere in that vast sonic headspace that is Willner’s trademark. For simple aural pleasure, there has not been much to match this in 2011.

This is, of course, an album that needs to be absorbed in a single session, preferably with the aid of a weighty pair of headphones and a darkened room (or failing that, a lengthy train journey). Nevertheless, there are highlights. Certain elements stand out, like the muscular, almost funky bass line that lies taut at the centre of the second track, ‘It’s Up There’ or the cycled, breezy clunking of strangely emotive closer ‘Sweet Slow Baby’.

Some tracks sum up the album’s strengths so well it can be hard to look beyond them. The temptation, for example, to simply play ‘Burned Out’ over and over again is a strong one. This track, coming at the start of Looping State of Mind’s calm, plaintive middle section, is an utterly gorgeous piece of music. Constructed with simple, repetitive loops – the idle twang of a guitar, a gentle throb of bass, indistinct, gurgled vocalisations – it builds slowly, eventually joined by melancholic strains of guitar. Merely listing the elements within doesn’t do it justice, as tracks like this define the phrase 'more than the sum of its parts'. This is Willner’s great skill, to entwine disparate, even mundane components together, patiently, to form hermetic bubbles of blossoming, infinitely fascinating sound.

There are some variations in style here, hints as to where The Field could go next. Penultimate track and single ‘Then It’s White’ is surely Willner’s most nakedly emotional piece to date, an ice-washed, ghostly work that recalls Eluvium, among others.

Perhaps the greatest strength of Looping State of Mind is its creator. While Yesterday and Today seemed driven by a hesitant, self-conscious need to innovate, Willner comes across as far more relaxed here. He knits the tried and tested (a flawless base of fantastically simple beats and loops) with flashes of experimentation (the title track carries an undercurrent of hazy Balearic disco) with the assurance of an artist who is supremely confident in his own ability.

That self-belief is justified, as this is Willner’s finest record yet, a composition of effortlessly gorgeous, technically fantastic, genuinely awe-inspiring music.