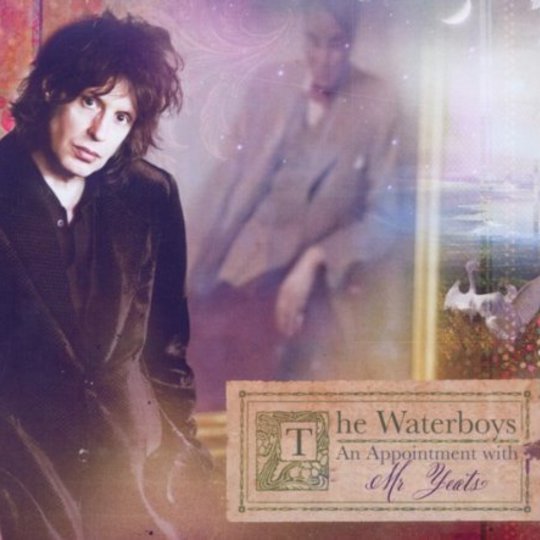 A study into William Butler Yeats’ life would likely prove as fascinating as any into his body of work, for his 73 years were riddled with contradictions. Here was a non-Catholic, non-Gael championing the cause of Irish independence through poetry and politics; an ascribed atheist, ostensibly seeking spirituality and finding it in both the occult and the natural world around him; a man tortured by private tension – clearly visible in his writing – that continually thrust himself into the public eye, first through the Abbey Theatre in Dublin, and then by taking a seat in the Irish Senate. His art, too, was constantly shapeshifting, absorbing the myriad influences he adopted throughout his days.
Perhaps the most intriguing, recent take on Yeats, though, was in Joseph O’Connor’s 2010 novel Ghost Light, a historical fiction biopic about Molly Allgood, an actress at the Abbey and former girlfriend of his good friend John Synge. In the book, Yeats is depicted as caustic, bitter and intimidating; quite at odds with the romantic, fragile image many find in his poetry.

Yeats may have more in common with Mike Scott, the driving force behind The Waterboys, than you might think. Scott, too, has led a wildly varying creative life. Over the years, he’s embraced and excelled in the roles of rocker, poet, folkie, balladeer, mentor, raconteur, producer and, most recently, tweeter. Just like Yeats, many of his best compositions have drawn from nostalgia; longing for a bygone era, willing a return to nature. Both have consistently instilled a sense of magic in their work, heavily evoking Celtic mysticism and folklore.

Scott’s personal life, too, has been the subject of speculation. In a piece for The Guardian a few years back, Scott recalled editing his own Wikipedia account and lamented “outrageous fictions” that he was, amongst other things, a heroin addict and an Irishman (he’s actually Scottish).

In Scott’s musical interpretation of Yeats’ poetry, though, we can see one clear difference between the two: whereas Yeats wrote some of his most celebrated poetry in advancing years, The Waterboys’ best days are far behind them. Too often An Appointment With Mr Yeats, is clunky and heavy handed. Having spent much of their career teetering on the right side of kitsch, they’ve fallen overboard consistently here. An Appointment… continues in the vein of their last album proper, The Book of Lightning, in providing intermittent moments of lucid quality amid oodles of overwrought, forgettable filler.

The few diamonds in the rough provide frustrating, damning evidence of the album's ills. ‘Sweet Dancer’ is a take on one of Yeats’ simplest and most playful poems. It’s built beautifully around a basic piano melody and violin arpeggio and vocalist Katie Kim provides a Stevie Nicks-esque star turn. It’s a perfectly formed pop song. The solemn penultimate track ‘Let The Earth Bear Witness’ is tastefully, austerely composed and is the most poignant song on the album by a distance. ‘September 1913’ could easily have jockeyed for the title, but is nigh on ruined by the hair metal guitar riffs inserted along its spine, some of many excessive frills that plague the record. Swathes of the album don’t work aurally: melodrama is often easier digested in the flesh. Given The Waterboys’ penchant for dramatic, borderline cabaret live shows, there’s the suspicion that it was built for stage rather than stereo.

Too often, Scott and his band are guilty of lily gilding. The tinny, awkward wind effects on ‘Mad As The Mist And Snow’, their thunder and lightning equivalent on ‘A Full Moon In March’ and the seagulls on ‘White Birds’ combine with dense, cluttered compositions to render decent songs overwrought. ‘News For The Delphic Oracle’, for instance, would sound much better with the Disney-like instrumental layers peeled off, leaving it to survive as its core alone. Anyone who heard the piano demos from This Is The Sea(In a Special Place), released earlier this year, will confirm that most Waterboys songs do.

Stylistically, some of the decisions taken on the album are baffling. ‘The Lake Isle of Inisfree’, all stargazing sentimentality and yearning, could be Yeats’ ‘Fisherman’s Blues’, but Scott has redressed it as a jazzy, blues number. The very restlessness and willingness to contort that have made his career trajectory so interesting, have gravely tainted An Appointment With Mr Yeats..

Watching potential float past, belly-up, bloated and being picked apart by seagulls isn't pleasant and An Appointment… is a frustrating listen. Scott will have learnt in his adventures online that perceptions can be dangerously wide of the mark. Whilst poetic interpretation is subjective, it, too, can be difficult to fathom. Maybe sometimes, it’s easier not to try.