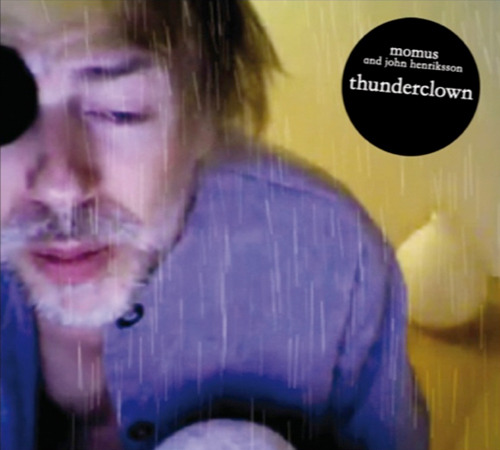 Thunderclown album is one clever little pantomime, as listenable as it is anarchic and with so much bile under its surface it’s a wonder the case hasn’t got ulcers.»

Thunderclown album is one clever little pantomime, as listenable as it is anarchic and with so much bile under its surface it’s a wonder the case hasn’t got ulcers.»

when stockholm vinyl charmer john henriksson heard the crackly, croony charm song from the 2010 momus album hypnoprism he recognized a kindred spirit, for the swede and the scot both value intimate, lucid and serenely sexy tones. john is a huge audrey hepburn fan and believes that "moonlight and love songs are never out of date". momus is equally romantic, but adds something darker. the collaboration began with john sampling obscure vinyl 45s from his collection then gathering swedish and french musician friends to add live sax, organ, celesta, lapsteel, marimba and vibraphonette, breathing new life into these museum pieces. the compositions were then sent to momus, who altered pitch, key and structure and crooned new songs over them. we could talk about the current interest in what simon reynolds calls retromania, or cite the slogan "modernity is our antiquity", but basically this is a deeply-felt album in which japan-based momus -- slowed down by john's sedate and haunting backings -- expresses more loneliness and self-doubt than we've heard before, and might even be channeling swedish john's own recent history of heartbreak in the city of paris.
description from www.roughtrade.com