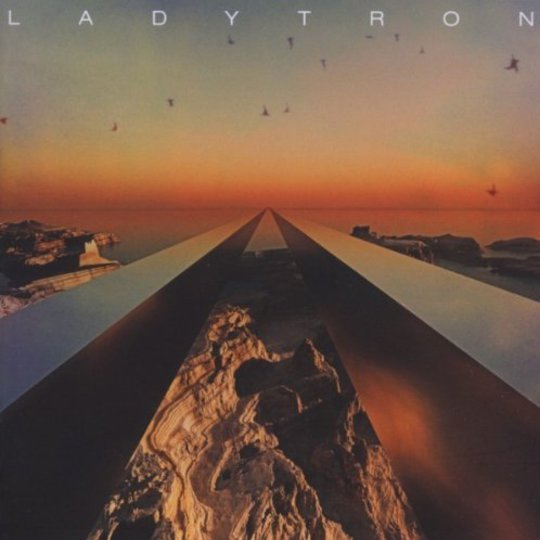 'Synthpop is dead' La Roux decreed in 2010, while absentmindedly scratching her temple with a massive... mean-looking... smoking gun. In answer to Brooklyn's electroclash scene, a decade ago Ladytron's début 604 was stylish enough to achieve what Britpop's more artsy new wave bands could not – it made sense of the Eighties for a new generation. And, well you know what happened next. Eight years and one indie-synth boom later, we arrived at La Roux's self-titled debut. Taking Eighties retroism to its natural conclusion, it was an album so slavishly of the decade, so rigidly and airlessly period-specific, that inadvertently it served as a reminder that synthpop was our parent's music, and was depressing for that fact.

Ever since, efforts from both the new school and reforming oldies - OMD, Erasure, Duran Duran amongst many others - have felt vaguely like overkill: superfluous, after-the-fact, stagnant. Then Hurts show up and it's game over. Most of all however, synthpop became tedious, especially the indie underground efforts which tend to favour 'rewarding' subtleties over the synthesizer's greatest gift to chart music: narcotic one-finger hooks (see Yazoo, Numan). And so it is with Ladytron's slightly bland Gravity The Seducer - nondescript in its understated sophistication and yet another album of synthpop songs. Heaven save us... the fatigue.

To their credit, they've obviously twigged that the gig is up and a spring clean is in order. Out goes the Kraftwerkian detachment, the bare, acrid EDM and the catwalk beats. Their famed archness has been dialled down to a genteel demureness, the focus is fuzzier, the sinful Moogs replaced with feathery fairy-like keys, and the textures braided and more sensuous than before. Indeed, the song titles themselves seem to make reference to the new direction: 'Altitude Blues' and 'Mirage' nods to their newfound ethereality, 'Transparent Days' to their newly gauzy facade, and 'Melting Ice' to their warmer temperament. Meanwhile, while the setting is as ever cinematic, they've relocated from the dank catacombs of West Berlin to something like dusk in the gardens of Versailles - all languid tempos, imperial synths, harpsichord pads and sourly dramatic strings. An eerie feudal fantasy which clashes with an electronic modernity making for a compellingly anachronistic effect, reminiscent of Goldfrapp and her electro re-imagining of kinky old Weimar Germany. As for noirish vocalists Mira Aroyo and Helen Marnie, whereas before their combined personas projected a sort of 'Christiane F. as chic Baader Meinhof recruit' image, on Gravity... they play at doomed aristocratic twins, spinning at the centre of the track ballerina-like as if trapped in music-box. They pass in and out of mirrors, or frolick through wheat fields unaware of their fate as beheaded angels of the French revolution. In other words their glamourously morose demeanour is now theatrical in nature as opposed to existential.

If this all sounds extremely well realised, that's because it is. But quality art direction guarantees neither atmosphere or entertainment.Gravity The Seducer never manages to get under your skin the way the band intended. On lead single 'Mirage', their stab at finespun Romanticism is shallow and pallid while 'Ace of Hz' is torpid despite its gliding rhythm. Meanwhile the crystalline 'Melting Ice' sounds like dismal muzak made for Superman's ice palace, and instrumentals 'Transparent Days' and (Ladytron-by-numbers) 'Ritual' are pointless - devoid of both accent and event. Opener 'White Elephant' is exactly that - an expensive-sounding dead weight.

You can put it down to this. While previously their dispassion was an affectation in service to the concept, here Gravity's uninspired take on the 'luxury and leisure' aesthetic is executed genuinely half-heartedly, meaning that unintentionally dispassion remains the defining tone. It doesn't help that the album more or less travels at the same doddling tempo, or that as part of their efforts to capture a sense of languorous decadence, the tracks often idle in extended intros before fading out at snail's pace. By the time closer 'Aces High' sashays into view, it's nails down the blackboard stuff.

On the upside, they score higher on the more irregular, original tracks. 'Moon Palace' and 'Altitude Blues' perfect the lonely space-voyage ballad while 'White Gold' is an accomplished attempt at the slasher-disco trafficked in by Gatekeeper and Hyetal. 'Ambulance' kind of comes across as The Corrs meet Salem (but good) and '90 Degrees' drips with mystery and elegance.

With its Traumnovelle stylings, Gravity...'s overarching message seems to be 'All is dream'. Coupled with the melancholic intimation wafting from its malign core, that dreaming can damn near be the death of you. Get too comfortable amongst the stars and you'll be brought back to earth faster than Newton's apple - seduced by the proverbial gravity. It's an appropriate theme considering the ageing band's tortuously ongoing position on the cusp of mainstream success. Essentially a step back from commercialness, Gravity The Seducer's stab at artistic profundity is unfortunately as successful as their middling fortunes in the mainstream.

Two years since La Roux, footwork is blowing up, the Nineties are back and dubstep pop is entering a golden age with the advent of Jai Paul, SBTRKT and Katy B. The Eighties are beginning to look archaic again. For diehard fans Gravity The Seducer is replete with pleasing moments. For fans of novel musical statements, not so much. Listen, feel your mind wander, forget.