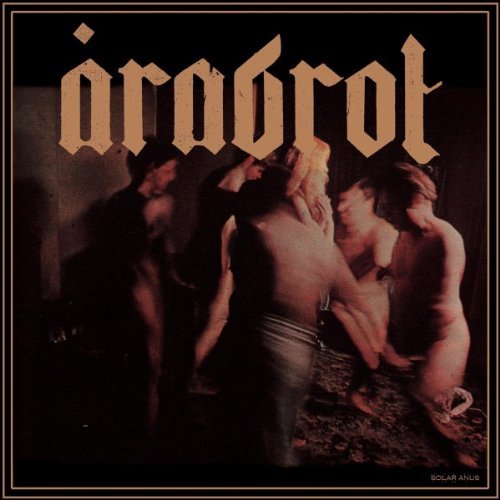 This album is ferocious, funny, colossal, guttural, hopeful and terrifying. »

closethis is arabrot playing their purest, wildest, ugliest rocknroll as recorded and mixed by steve albini. solar anus is the fifth album by norwegian noise rock act arabrot. their previous album, revenge from 2010, marked the "end of an era and the beginning of something new". solar anus shows a band that has found its form, the ambitions and latent genius of the past has come into light. after finishing the main recordings arabrot collaborator concept.virus infested some of the tracks with electronics, but still most of the tracks were kept clean, open and focused on the primitive force of rhythms, chords and guttural vocals spitting out filthy prose. the title and part of the thematic inspiration of the album is from the french thinker georges bataille. like bataille, arabrot is fascinated by the joy and energy of unifying the high and the low, the filth and the pure, the animalistic and the divine in man. in songwriter, vocalist and guitarist kjetil nernes' own words: "gold indicates the sun as we hail bataille's take on the subject of abjection. solar anus betokened the golden calf - juxtaposed between utmost evil and greater sanctity. such as the eternal radiance of heaven or the egregious iniquities of the abyss. or the alchemist of the holy mountain converting faeces into gold."
description from www.roughtrade.com