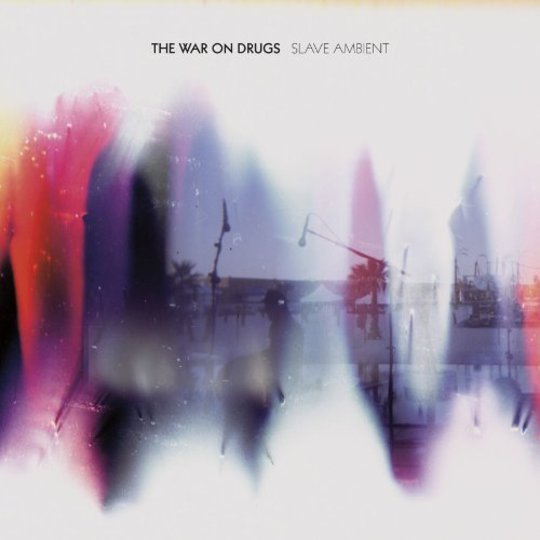 One of the key conditions with anthemic rock is that it do just what it should: drums thump, guitars are strummed to a feverish climax and choruses take us up the stratosphere. Even artful practitioners Arcade Fire and the master craftsman Springsteen follow these guidelines to a degree, carving their own particular niche around these hard and fast rules.

So what happens when the anthems do the unexpected? The War On Drugs's second album offers a particular example. A lot of what you’d expect from anthemic rock is present here on Slave Ambient, the long-awaited new releases from what for all intents and purposes is frontman Adam Granduciel’s baby. But then, a lot isn’t. There are few grand climaxes, no massive choruses, and a lot of the songs disintegrate into bubbling piles of synth - but it still sounds massive.

Slave Ambient was four years in the making, after debut Wagonwheel Blues and the departure of founder member Kurt Vile. In that time, it seems that the band have concentrated on the ambient tendencies hinted at on that debut, and delved much deeper.

The best example of this comes just after the most anthemic moment on this record, ‘Your Love Is Calling My Name’, which rattles along on a propulsive drum beat and has a nagging refrain that in other hands might be turned into a fully-fledged chorus. There’s lots of talk of feelings down by the harbour, and freeways, babe, and it all feels like we’re set to head down Thunder Road. But then it all fades into the following track, ‘The Animator’, two minutes of soothing, palette-cleansing syths, before building back up for the strut of ‘Come To The City’.

These peaks and troughs are a curious experience at first, and one that can distance you from the record. Without big hooks to drag you in, Slave Ambient can seem to pass you by, save from the harmonica-fuelled immediacy of lead off track ‘Baby Missiles’. However, given time and attention, the detail behind that wave of fuzz soaks through and seduces. The layers of gentle guitars, Granduciel’s mystical lyrics and his earthy, Waterboys-style vocals add what could be described as more natural elements to the anthemic mix. It’s familiar territory, but seemingly crafted from a slow, careful pile of disparate influences.

This glacial, considered approach might not win The War On Drugs many radio plays, but it’s a method that pays off handsomely across a full album. Thanks to a couple of moments where they give in to the anthemic impulses, the rest of Slave... can afford to drift along at its own singular pace, with rewarding results.