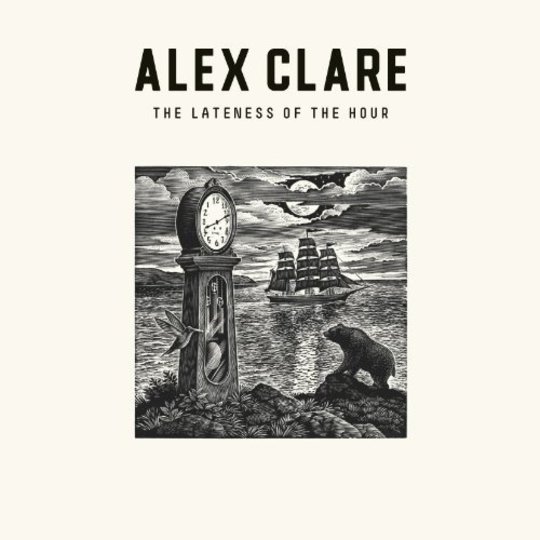 Whether your definition of dubstep is the twitching, ethereal beats of Burial or the pounding throb of a subwoofer stack, there’s no denying bass music has been well and truly assimilated into the mainstream this year. From Britney’s ‘Hold It Against Me’ homage to Example’s bona fide smash ‘Changed The Way You Kissed Me’, a fixation that originally infected a small pocket of south London has spread to major labels everywhere and shows no signs of abating. If Katy B is the Lily Allen of this still expanding phenomenon then Alex Clare is its better looking Plan B. Blessed with a soulful set of pipes and a timely bandwagon to jump onto, this London-based singer-songwriter has taken to applying his earthy husk to the genre du jour.

Not that there’s anything wrong with opportunism. If The Horrors can flit across their record collections to mass acclaim then what is stopping Clare doing the same? Certainly his debut album on Island Records, The Lateness Of The Hour, has been backed to the hilt with what must be the pricey production credits of Diplo and Switch. Sadly, neither the Major Lazer pair or Clare himself have really come up with the right goods to justify this unlikely fusion.

Indeed, it's these fusion elements that serve as the greatest stumbling block for The Lateness Of The Hour. Individually, histrionic vocals and bone shaking bass are immensely enjoyable. When combined, the result is much like eating a bombast sandwich where ‘bombast’ is the bread, filling and side salad. In other words, it is a bit much. Lead single ‘Up All Night’ represents a departure from this formula and the album’s best offering, mixing a chugging rock backing track and some guff about how Clare parties “On and on and on and on and on” until presumably dehydration, STDs or both kick in. Aside from the closing piano ballad ‘I Won’t Let You Down’, most tracks have a hefty portion of bass shoehorned in whether or not doing so makes any creative sense.

On ‘Treading Water’ and ‘Too Close’ the album’s club banger quota is filled with fist-pumping aplomb but when the theatrics are toned down to a mere wobble in the background. More dumbfounding is the Bon Iver meets Rusko pound of ‘Sanctuary’ where layered, reverberating vocal takes meet an almighty woosh of, yes you guessed it, big fat bass. The happy clappy, gospel-tinged ‘Hands Are Clever’ is also thrown in for breathing space but this proves a perversely puritanical fit with the rest of the album.

All in all, the overriding impression left by The Lateness Of The Hour is that Alex Clare is a fairly gifted gentleman. But here his talents have been squandered on a collection of songs that fail to establish him as either a dance-pop titan or an emotive warbler. It is a shame for Clare and even more of a shame that anyone thought dubstep, or several of the genre’s hallmarks, could be so crudely co-opted into an obviously unwieldy vehicle. Perhaps he will have better luck with his witch house follow-up.