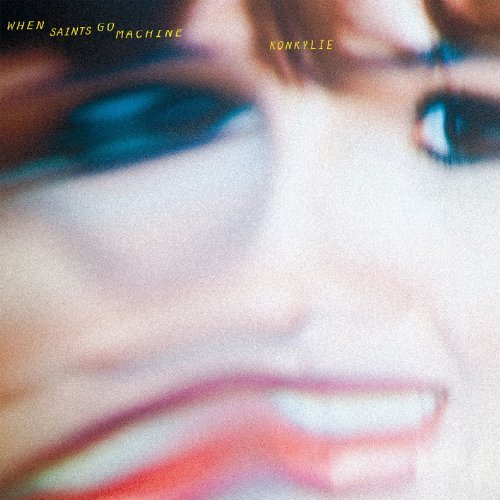 Konkylie is an impressive, accomplished collection of songs from a band coming into their own.»

when saints go machine are a complicated mix of influences. there's dance music in there, for sure, but also post punk, some experimental electronica in the aphex twin mould, and, crucially, a healthy dose of pop. you could describe the end result as a heady mix of caribou, the knife / fever ray and arthur russell. but, really, it doesn't sound like anything else out there. when saints go machine's debut album, 'konkylie', (danish for 'conch shell' incidentally), has been two years in the making. it sees them moving their sound on into new, uncharted territory. on 'parix', nikolaj's spectral vocals, a mix of antony heggarty's tremulous falsetto and talk talk frontman mark hollis, are pitched against a shimmering mirage of synths. there's an echo of their clubland past on 'kelly', which is underpinned by a chugging, mid-paced beat. it's the jumping off point for four-minutes of electro pop perfection, like empire of the sun with some added scandinavian cool. nikolaj's vocals, meanwhile, are never more beautiful that on the closing track 'add ends', where they float over skillfully orchestrated strings and gently popping electronics. it's an atmospheric reverie that transports you to another place. all told, it's stunning stuff, esoteric, yet instantly accessible, the kind of underground record that everyone can buy into.
description from www.roughtrade.com