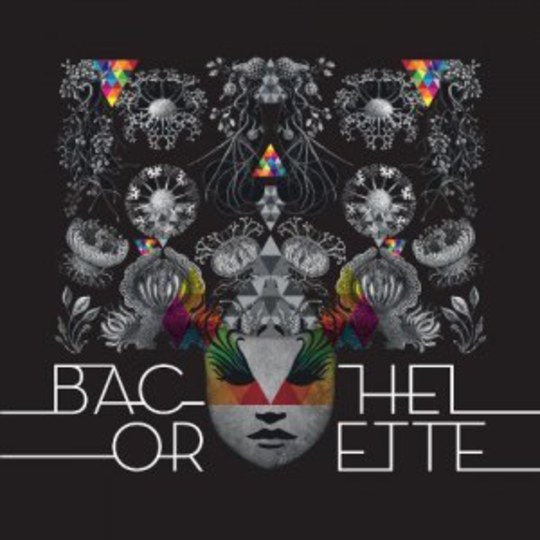 Calling your project Bachelorette will inevitably lead to comparisons with Bjork. While not necessarily a bad thing, it can also result in all kinds of misleading information and accusations. Not that Annabel Alpers, the Bachelorette in question, need worry about such tittle tattle if this record is anything to go by.

Hailing from the Christchurch region of New Zealand via the cosmopolitan suburbs of downtown New York, Alpers has been creating experimental slabs of electronica for a good six years now. If 2006's debut Isolation Loops marked her out as a unique talent, then the follow-up My Electric Family really threw the cat amongst the pigeons. Taut like a stripped down Young Marble Giants or Feist, her voice-orientated arrangements raised Ms Alpers' head above the parapet, the only ingredient lacking being that occasionally the songs themselves felt secondary to the experimentation surrounding them.

Bearing all that in mind, Bachelorette, her self-titled third record, takes her electronic vision a step further. 'Grow Old With Me' states Alpers' intentions from the off, her trite announcement "The future's disquieting" introducing the album. Singing through a vocoder and most definitely NOT using autotune, the song's simple orchestration and layered voice effects make for an enjoyable entree, coupled with the occasional delightful lyrical couplet ("Fragility's enemies circumvent mystery").

Alpers peels the folkier elements of 'The Light Seekers' and throws caution to the wind as they collide with an array of channeled voice projections and processed beats. In fact, the more her voice conveys itself as an extra instrument here the more Laurie Anderson or even Liz Fraser spring to mind as comparisons. There's even a passing nod to the eerie atmospherics of The Velvet Underground on 'The Last Boat Is Leaving' while the theatrical 'High Brain' takes us upstairs to Liverpool's Erics in 1982 where Yazoo may just be holding court.

While her playful escapism from defined song structures has never been in question, Alpers occasional neglect of tune and melody has perhaps held her back from wider acclaim. Both 'Blanket' and 'Polarity Party', each swathed in slabs of heavy electronica and android vocals, make up for it here, although the latter does stray into Goldfrapp territory a little too closely for comfort. Better is the DFA-styled exuberance of 'Generous Spectre', which neither dilutes the Bachelorette template without losing any of its radio friendly appeal in the mix. Listen closely and Joe Jackson's 'Stepping Out' springs to mind. I'm not kidding!

Although perhaps a bit overbearing at 11 songs, Bachelorette is a worthwhile collection of distinctive orchestrations that should propel Annabel Alpers even further into the limelight. The possibilities, both as a contemporary recording artist and beyond, are endless...